Streaming: Benedetta and the best movies about nuns Drama movies 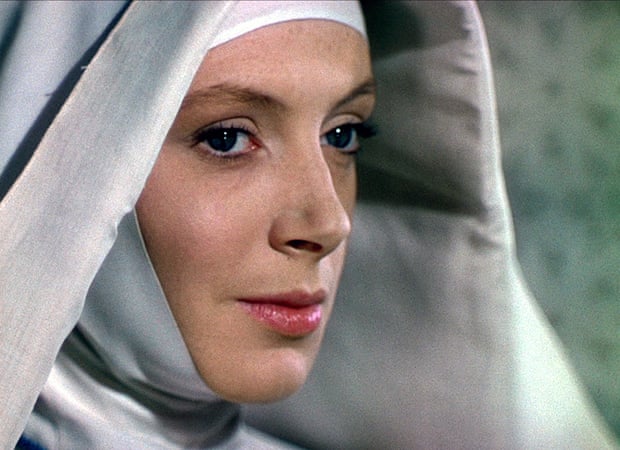 IIf joining a convent was half as exciting as many movies make it look, surely more women would do it. On screen, the humble nun has been given a level of alluring mystery and occasional glamor by the films that do not seem to match real life.

Sisters make it sexy for themselves in Benedetta, Paul Verhoeven’s wonderful and tormented arthouse riff on the old nunsploitation genre – is now being streamed on Mubi as part of a mini-season dedicated to just that cinema. Mubi’s choices are moving towards the more stylish end of the nunsploitation spectrum (you have to search elsewhere on the internet for example, Naked nuns with big weapons). Among them is the Polish provocation from 1961 Mother Joan of the Angelsa strict, rather powerful version of the story of the often recycled demonic possession at the monastery.

It seems positively pious next door Benedettahis mature, rough, only theoretically fact-based story about an Italian nun from the 17th century scandalous lesbian affair with a co-sister – tricked as it is with fire, snakes and nuns in full make-up. But there are interesting theological details and conflicts as well, embodied in Charlotte Rampling’s magnificently dry Mother Superior. (It would be a nice double count with Ken Russell’s monastery meltdown freakout The devilsif only it were available for streaming on any UK platform.)

There is some shared DNA between Benedetta and Powell and Pressburger’s raving, saturated Black narcissus (BritBox), an exploration of sexual longings among the brides of Christ who launched a number of less artful films on the same subject. In 1947, the film came as a shock to the sensibilities of the people – naturally it was condemned as “a violation of religion” by the legion of Catholic decency – and still has a nervous strength that far surpasses the flatter recent TV remake.

Old Hollywood kept its nuns healthier: after monitoring the inappropriate companies Black narcissusDeborah Kerr kept the stiffness in place Heaven knows, Mr Allison (Amazon Prime), a kind of charming romantic comedy in which Robert Mitchum’s shipwrecked navy fights with God for the love of Kerr’s chaste beginner – suffice it to say that the Legion of Decency was approved this time. Audrey Hepburn departed from the elegant gamine iconography on which her legacy is built, giving perhaps her richest dramatic performance in The nun’s story (Apple TV), a sensitive and engaging investigation of a young woman caught between the isolation of the monastery and the tragedies of the outside world.

Offered the choice between nun duty and the attraction of showtunes and marriage to Christopher Plummer The sound of music (Disney +), Julie Andrews indomitably cheeky Maria did not fight for nearly as long. Among the cinema’s least committed nuns, she is perhaps only outcompeted by Whoopi Goldberg’s fantastic Vegas cheater Dolores van Cartier, and loosens up Maggie Smith’s thin-lipped Mother Superior in The Sisterhood (Prime), or Eric Idle and Robbie Coltrane’s habit-doning gangsters enter Nuns on the run (Apple TV) – in the early 90’s was a surprisingly fruitful era for the sub-genre criminal-hiding-in-a-monastery.

More recently, John Patrick Shanley’s all-star Doubt (2008; Prime) tried to restore some respect to the monasteries of Hollywood, although Meryl Streep’s gorgon-like venerable mother is essentially a creation in a high camp. I found more nuance and power in Melissa Leo’s comparable portrayal of a cruelly conservative abbess who fights the new Catholic form of the 1960s in Maggie Betts’ wonderful, submissive. Novitiate (2017; Prime).

But it is world cinema that has given us some of cinema’s most challenging nun studies, from Luis Buñuel’s viscerally outrageous Viridiana (1961; Filmbox), with her young novice torn from her calling due to family abuse, to the Romanian director Cristian Mungius’ harsh, grating critique Beyond the Hills (2012; BFI Player), which pits young women’s beliefs and desires against unforgiving Eastern Orthodox patriarchy. Before you get to The innocent (Chile), the Luxembourgish director Anne Fontaine’s silent and burning account from 2016 of Polish Catholic nuns raped by Soviet soldiers from World War II and bearing the consequences, does not look like the nun’s life so shifted from the films anyway.

Also new to streaming this week

The unbearable weight of massive talent (Lionsgate) Essentially a work of extreme fan service for the cult of Nicolas Cage, this heavy meta-Hollywood satire plays the eccentric actor as himself, entangled in a CIA mission that effectively requires him, well, to play himself. It’s a nice idea, with Cage a great sport, although the referring joke with it all can not avoid complacency.

Alone (Mubi) This bittersweet South Korean gem appeared on the festival circuit last year, but did not get the attention it deserved. A humanely observed, sometimes penetratingly funny character study of an introverted call-center worker who gradually opens up his lonely, carefully maintained life, and promises great things from first-time author-director Hong Sung-eun.

Operation Minced meat (Warner Bros.) Well-made and well-played in a comfortingly solid British way, director John Madden’s adaptation of Ben Macintyre’s account of the famous World War II disinformation mission to the title is one of those war films that rarely leaves the strategy room. It’s gripping enough, even though the story’s farce potential, which is now being exploited in a London stage musical, goes untouched here.

Sci-Fi July (All 4) Film4’s month-long science fiction cinema festival can be consumed in your own time on the free All 4 platform, with more than 50 selections running the spectrum from star-studded blockbusters (Ad Astra, Minority report) to auteur darlings (Under the skin, Scanners) to relatively low-profile findings such as the independent US director Noah Hutton’s fantastic critique of gig economics Lapsis.