SPORTEL, the annual sports marketing event where rights deals are the name of the game, is increasingly shifting its focus to how technology and new platforms are transforming the market for the creation and distribution of sports content. A panel discussion focusing on the convergence of next generation production tools, social media and OTT, clarified the opportunities that lie ahead and how best to handle them.

A key challenge in today’s digital landscape is figuring out how to set up an effective digital and social media team. How big should it be? Who is responsible for what? And how can technology make a difference in the way content is created and published? 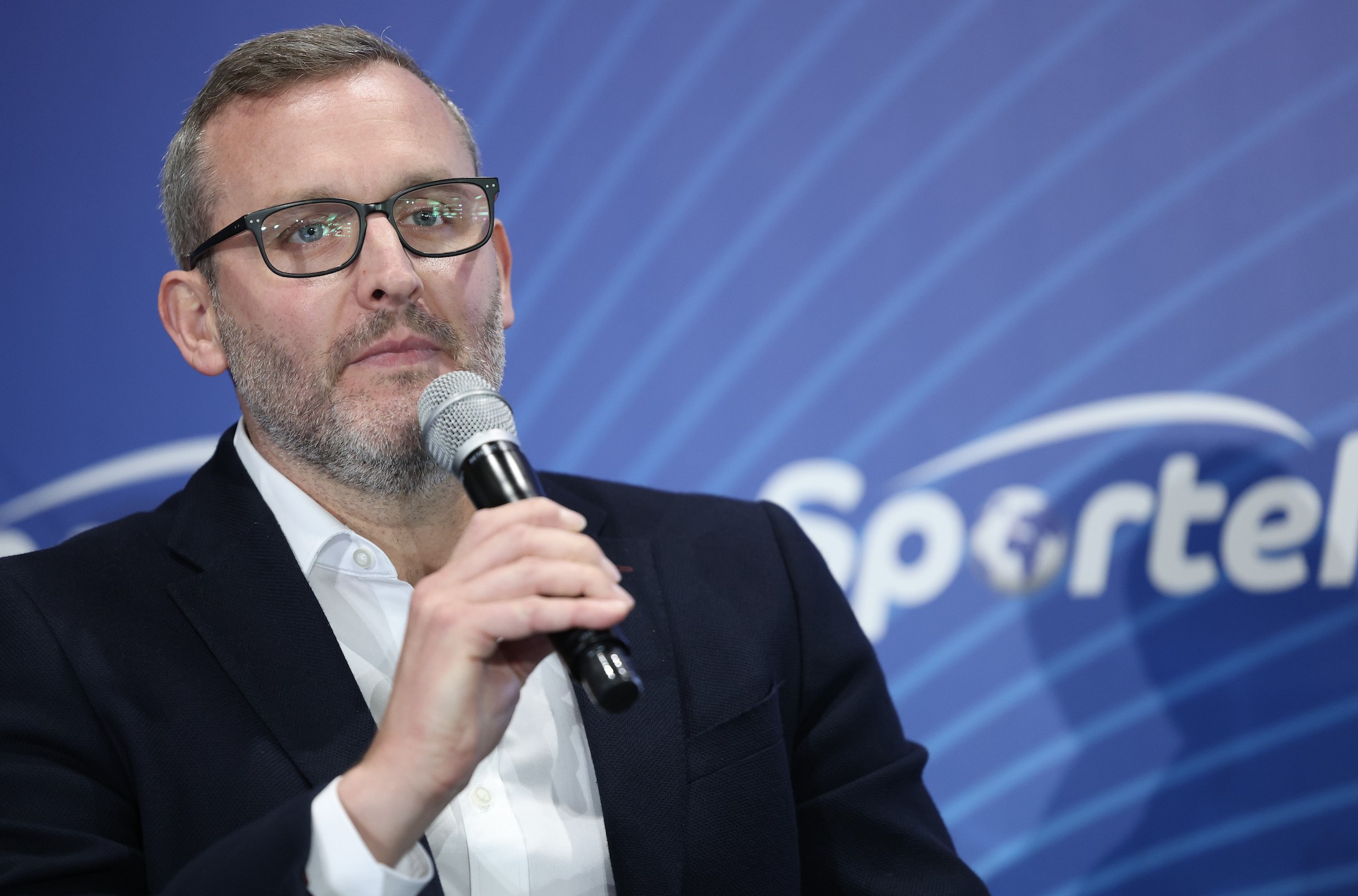 says setting up that team correctly depends on the maturity of the business and the size of the organization.

“If you’re starting a direct-to-consumer journey with your fans, you might start with two to three people, but I’d say a lot of our customers have maybe five to ten as a rough guide,” he says. “And then our tier-one customers will have very large teams.”

The difference between serving Tier 1 clients and smaller clubs or leagues has also required the technology providers themselves to adapt. Anmol Malhotra, SNAP, Global Head of Sports Partnershipssays that in the early days of SNAP partnerships, partners like the NFL had multiple employees focused solely on the Snapchat platform.

“We soon realized that we can’t scale a business because not everyone is NFL or NBA,” he explains. “So we had to change the way we actually work with our partners and create tools to empower them, no matter how big or small. Our goal ultimately is to create these tools that empower our partners to do that on their own because we can’t keep everyone.” 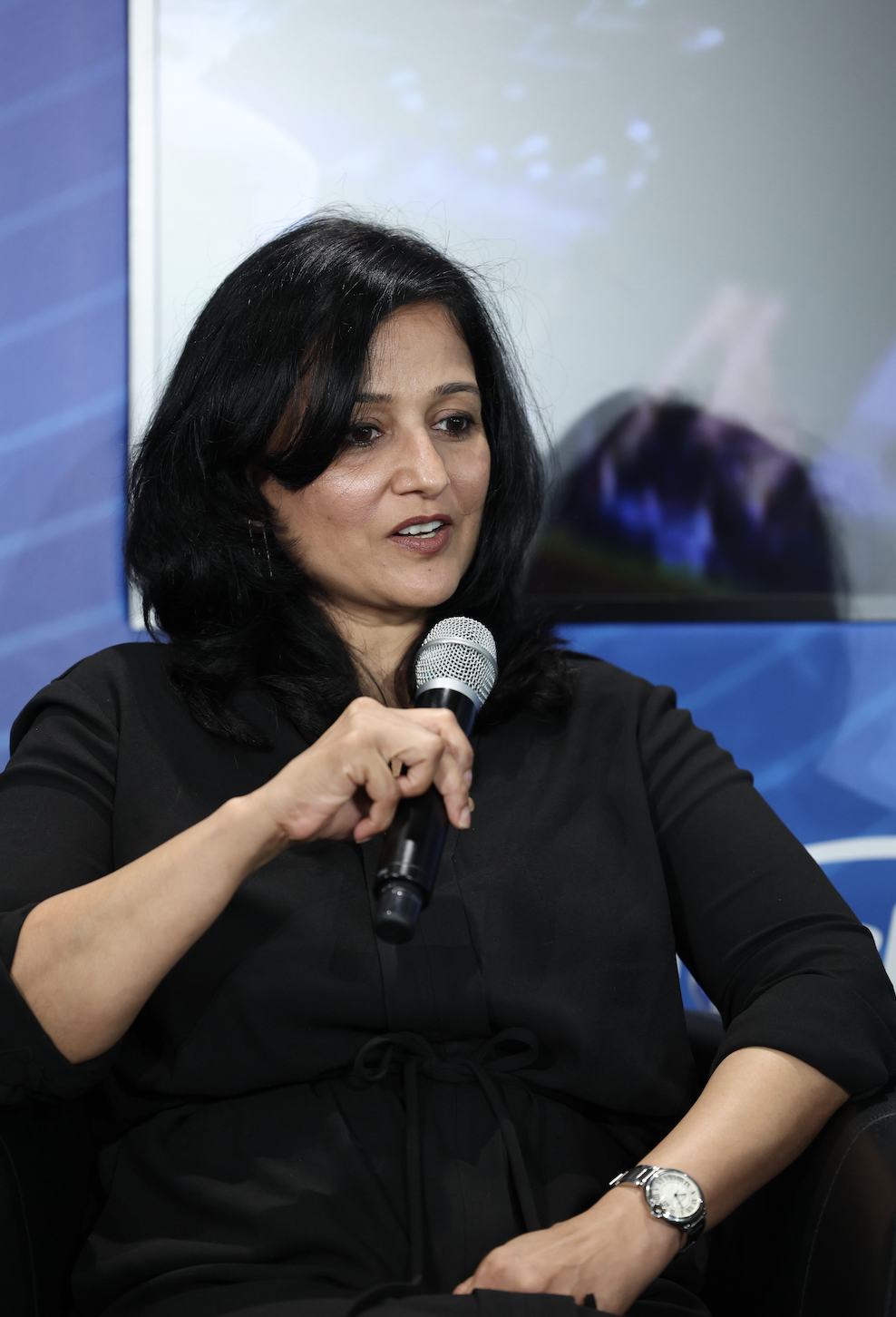 Meghna Krishna, Magnifi, CRO, says Magnifi can help a small social media team appear larger than life thanks to rules-based highlights. And the key is the ability for a smaller team to get more content out.

“There’s no way the current number of people can churn out the amount of the volume of content that’s actually required to have a social media presence or at least the presence you want to have,” she says. “We create automated digital-ready content at speed and scale and in real-time. And that’s required today to be active on social media and also drive traffic to your OTT or broadcast channels. We do it in an automated way that’s AI-based and can create highlights by team, by player, of any event that happens. It really helps monetize and generate revenue.”

For example, each social media platform requires a slightly different approach to how video is served.

“Some will require 30 seconds, some will require three minutes, others will require 10 minutes,” she says. “Our platform makes it possible to create highlights for all the sizes and lengths with a click of a button, and then you can publish it again with another click of a button. And it allows the team to focus on the important part of the analytics and understanding consumer behavior and publish more content that is more applicable to their audience.” 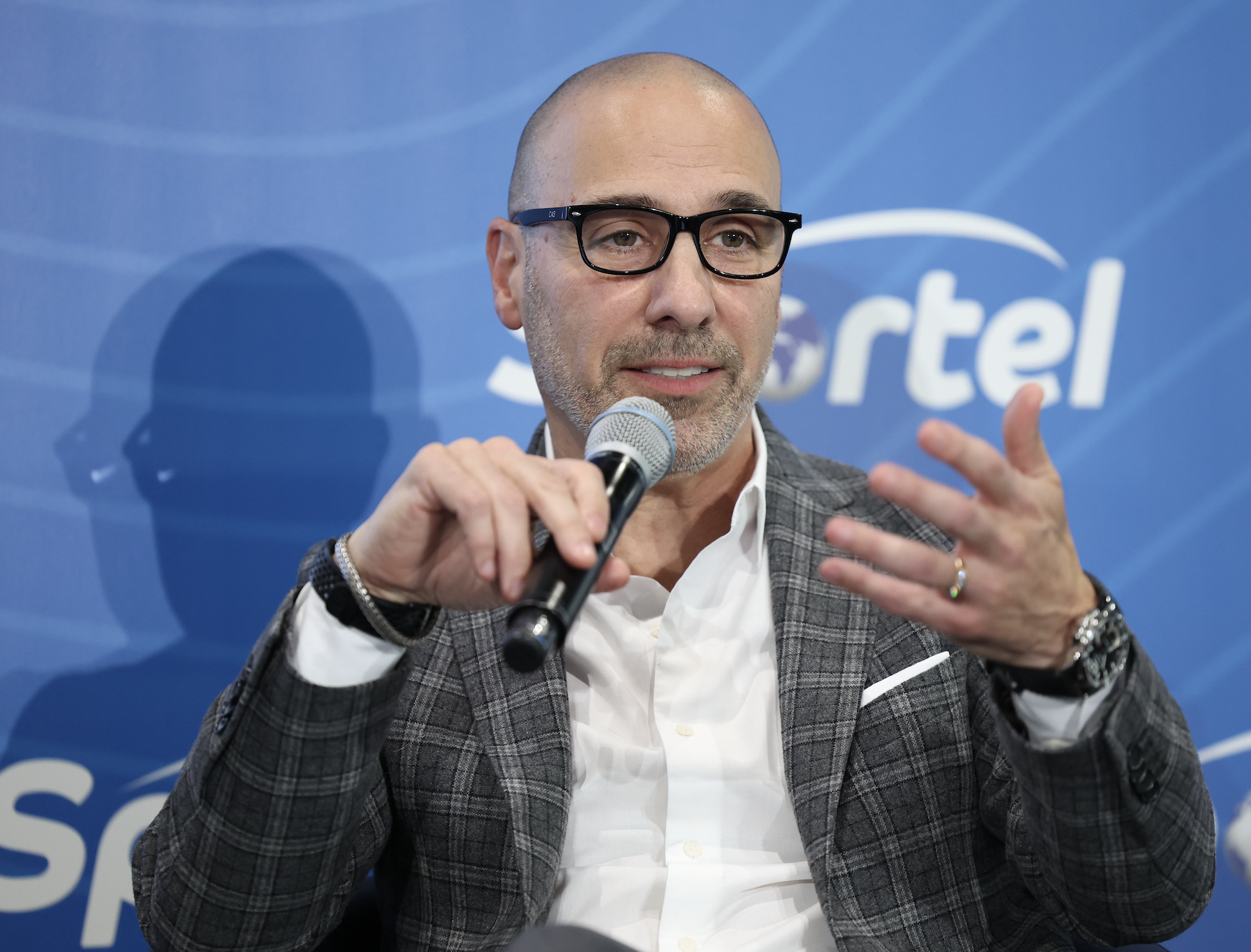 Carlos Silva, C360, CEOsays the team building process also requires management to be on all platforms to ensure the right decisions are made.

“There’s nothing worse than a manager saying we have to put it on Twitter or Instagram, but they’ve never downloaded the app and used it,” he adds. “You need staff who understand each of the platforms, and every three months you need to be aware that it’s changing. Platforms like SNAP are different now than they were eight months ago, and if you take that for granted, your content will be terrible and you’ll wonder why you’re failing. So don’t be lazy.”

Bellamy says the best way forward for teams and clubs is to recognize that not every engagement with fans can drive a transactional process.

“What they need to do is drive a centralized data strategy where they can understand each fan and what they’re doing,” he explains. “For example, a fan might very rarely go to games in the stadium, but they might buy a huge amount of merchandise and watch a ton of on-demand video. But maybe they don’t interact with social media. So you have to understand the trends and the surface offerings where the fan really can feel there’s added value. For example, they watch 20 VOD assets in a month and get 20% off a shirt in the online store. That’s a crucial part: it’s not just about direct revenue streams.”

Bellamy says that over the past two years, the end-to-end OTT video platform provider continues to optimize its platform solutions and flexibility for our customers.

“We’ve also built growth services and consulting teams around that platform as well, and we think that’s kind of been very additive to our partnership,” he says. “We’re all working in this very complex kind of hybrid media rights landscape, and we’re really trying to add value and look at what success looks like. And then we’re building the product according to those kinds of trends and looking at actual growth services to deliver increased revenue opportunities. “ 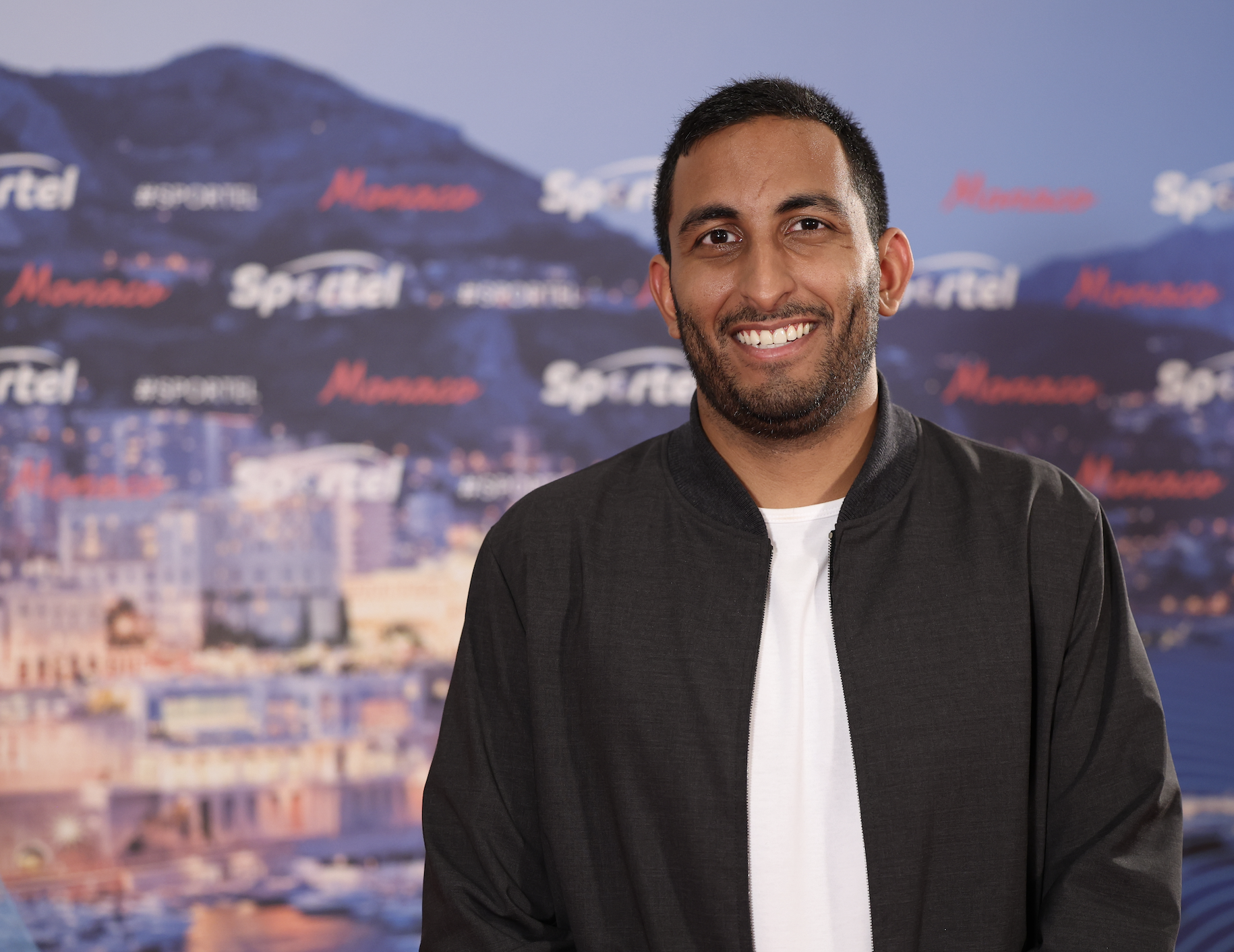 Explains Malhotra: “At SNAP we obviously don’t stream, so we think more about how do we augment our streaming partners? Our audience is very young, so the aim is to be shorter, probably three to five minutes long with high tempo and high energy. And then finally, it has to resonate more broadly with our audience. You can see a highlight on every platform, but how do we make sure we cater to young people who don’t know the biggest names in sports?”

As an example, he points to ESPN and the work SNAP did around SportsCenter.

See also  Why Netflix, Paramount+ and other streaming services are borrowing from gaming IP as the media wars heat up

“Instead of being 30 minutes to an hour and having hosts wearing suits and ties, they were wearing jeans and a T-shirt, and they were younger,” he says. “It was much more based on the culture of sports and fashion and all the amazing things that happened around the game. And now there are millions of people on Snapchat who love SportsCenter, and that brand, and they have no idea it even exists on TV. And that’s a powerful thing we can bring to the table.”

It is also important to raise awareness that the content event exists. Krishna says that Magnifi’s goal is to help create short clips and content that can then raise awareness of the current events, but also upcoming events.

“You might be doing a great job, but if nobody’s heard of you or nobody’s seen your content, it’s a bit of wasted effort,” she says. “And I just feel that today, because there’s so much information available, you have to stand out.”

Echoing Krishna’s point, Bellamy says consumers are becoming frustrated at not being able to easily find the content they want, not just in sports, but across media and entertainment in general.

“Content aggregation is something that is going to become more and more important in driving good consumer behavior,” he says. “And from our point of view, we always have to be very careful to strike the balance between hitting the mission-critical type of components very well: frictionless registration; a very good user interface for navigation; and then a great streaming experience. But the areas that really excite us are looking upstream, and how do you actually build compelling propositions and market them to get people to that destination experience.”

Bellamy says that things like statistical overlays, different camera angles and other new content that can drive different behavior are also important. C360 is an example of an immersive video company whose technology helps create new experiences but also enhances current linear production.

“We’re capturing about 10K of video in a 200-degree field of view, and then we can tilt and zoom live and do it all at broadcast quality,” he explains. “We also have the ability to create alternative camera views that can be taken out of the video and used in OTT. For example, any viewer can take control of the camera inside a race car.”

It’s all part of bringing fans closer to the action in new ways, adds Silva.

“Ordinary people don’t get IDs, so we can bring them to a place they wouldn’t otherwise be able to go, like down to the playing field,” he adds. “I’ve been thinking about it for a long time, as we even go back to the interactive TV days of 20 years ago. But now, with such good bandwidth and great cameras and the ability to stream on great platforms, we can offer that to users.”

Bellamy adds that it is also important to focus on understanding which features are essential and resonate with OTT users. The key is to avoid gimmicks.

“It’s probably a bit controversial, but I don’t think the guard room experience has been that well done,” he says. “I think everyone loves the idea of ​​virtual watch rooms, but I’m still not sure it’s been that well implemented at scale.”

Silva adds that something like the C360 could give fans a chance to have moments of control that could be beneficial.

“With pan, tilt and zoom, the fan can see something they’ve never seen before, but we also know they’re not going to see the entire game from inside the net or an NFL pylon,” he says. “Sometimes [the industry] do things because we have the capabilities, but you can’t believe that consumers want to produce all the content for themselves. There are executive producers who are good at their jobs for a reason who can do that. But we can give moments.”

Bellamy also adds, don’t forget the original content side of things, especially if you’re a team or club designed to build a two-way relationship with fans outside of streaming games.

“You really have to look at the original content strategy, the phasing and dropping of that content throughout an average week,” he says. “If you’re a Tottenham Spurs fan, what better way to spend your lunchtime on a Tuesday than sitting down in front of your laptop while eating a sandwich to get an exclusive stream from the training ground where the manager just runs off the pitch and gives a quick updates on injuries and form, et cetera. You really have to think about what the actual goal is for consumer engagement.”

Consistency in scheduling is also important as it builds consumer behavior that can hit the holy grail of “deal viewing” regardless of whether it’s a match day.

Malhotra adds that it’s also important to remember that teenagers aren’t watching TV for hours: their primary screen is their phone, and it’s with them all the time…

“At SNAP, we want to reinforce our partners’ goals, and when you watch a sporting event, you talk to your friends and react to certain moments,” he adds. “We do a lot of really fun things with our camera marketing tools like lenses and filters. But how do we resonate with a wider set of users? We’ve evolved towards shoulder programming or pre- and post-game coverage.”

“The day before a big game is about to happen, there’s a 75% increase in people watching, so it becomes very important to record the archive content and all that. And we can allow you to go through your archives and pull out the best of what’s happened over the past few years and publish it to social media pretty quickly. All these things help to bridge the gap between social media and OTT.”