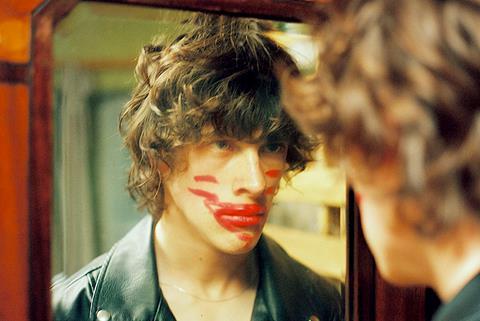 Suppressed emotions find a way to appear and strike Sparrow, Michael Kinirons’ sensitively handled debut film that focuses on a teenage boy trapped in the crosshairs of loss, grief, guilt and toxic masculinity. Well cast and beautifully shot in atmospheric Irish locations, this small-scale, effective drama should secure further festival attention and a certain modest theater interest after a world premiere at Galway.

There are no surprising twists or overt melodrama, just a careful, smooth unfolding of the story

Author / Director Kinirons has made a number of shorts (Lowland Fell, I Can’t See You Anymore) and wrote the script for the 2015 Nicole Kidman Mystery Foreign country. His debut film is set in West Cork, amidst lush green landscapes and threatening coastal waters, where Kevin Coyne (played by the compelling actor / musician Ollie West) is treated like a black sheep by his own family. His young sister Sally (Michelle Gleeson) has time for him, but his father Larry (David O’Hara), a tough military veteran, is as accessible as a wounded bear. His wife’s death in a car accident is something he tackles by never discussing it. When it comes to expressing their feelings, a male hug is as far as he is prepared to go.

Eldest son Robbie (Eanna Hardwicke) will follow in his father’s footsteps by joining the cadets and pursuing a career in the military. Kevin is the son who never meets his father’s expectations. Kiniron’s script is good at defining a relationship marked by the disappointment and resentment of two men who cannot acknowledge their common suffering. Kevin picks over his mother’s belongings that are now stored in the attic, wearing her jacket and trying on an old lipstick. Larry buries his grief in silence and alcohol.

The lonely Kevin mourns his mother and drives around the small coastal town of Baltimore on his brother’s quad bike. He thinks he has found a relative in the local girl Hanna (Isabelle Connolly) and something else to care about in a wounded sparrow he tends to return to health. A boat trip with the brother and the chain of lies and evasions that follow only deepens the existing divisions in the family.

The Sparrow lays out the goods in a conventional way while a sullen teenager finds himself in conflict with his macho father and obscured by his older brother. When the tragedy occurs, however, it becomes a more engaging proposition. Kinirons is able to develop the characters, revealing each one as less clear and more restless. Larry is not without emotion. The airy, obedient Robbie is not as comfortable with the fate of his favorite son as he seems. All men are victims of the inability to communicate.

The mysterious elements of the plot serve a film where the focus remains on what the situation reveals about the family. There are no surprising twists or overt melodrama, just a careful, smooth unfolding of the story, the emotional consequences and the impact on the relationship between Kevin and his father.

Kinirons has a crack mold at its disposal. Eanna Hardwicke makes Robbie a sympathetic, relatable character, while Isabelle Connolly gives Hanna some shade. David O’Hara, who also serves as the film’s executive producer, has one of his best roles in recent times. His powerful physicality and flint-like manner make Larry a suitably menacing figure. The heartache he endures gives O’Hara a rare opportunity to show more of his emotional reach.

Like Kevin, Ollie West captures the awkward awkwardness of this battered teenager, the feeling of always being on the edge and waiting for the next blow to fall. The maturity of his touching performance signals the arrival of a very promising young film actor.