When the lights were dimmed in Pittsburgh’s PPG Paints Arena for the first show of Roger Waters’ “This Is Not A Drill Tour” (get tickets here), the former Pink Floyd member and his team came up with two requests:

1. “Please turn off your cell phone as a courtesy to the people around you.
“If you’re here because you like Pink Floyd, but you can not stand Roger Waters’ policies, then go to the bar.

It is the tone that drove the night. Yes, Waters and his band played some of Pink Floyd’s greatest hits along with some of Waters’ most amazing originals, and yes, they all played beautifully. And yes, the visuals, which we will discuss in a moment, were amazing.

But after two years of touring delays stemming from a global pandemic and an endless series of controversial political headlines from around the world, “This Is Not a Drill” is a direct response to everything that has gone wrong in recent years. And if you ask Roger Waters – the creative who wrote through the painful anguish inside Wish you Were Herewrote the Orwellian tribute Animalsand developed the landmark introspective concept album The wall – There is a lot to be upset about.

During his “This Is Not a Drill Tour” opening, Waters addressed everything from abortion rights to transphobia to America’s widespread and historic war crimes. If consciousness evokes emotions, Waters is angry.

The live show format is perfect for Waters and his band. Just as Pink Floyd built a reputation for elaborate and immersive live performances, Waters and his crew have developed a uniquely memorable experience. With great reliance on a huge cross-shaped dividing line capable of dividing the stage in several directions into four different panels, the crew utilized 12 different surfaces for projected images. 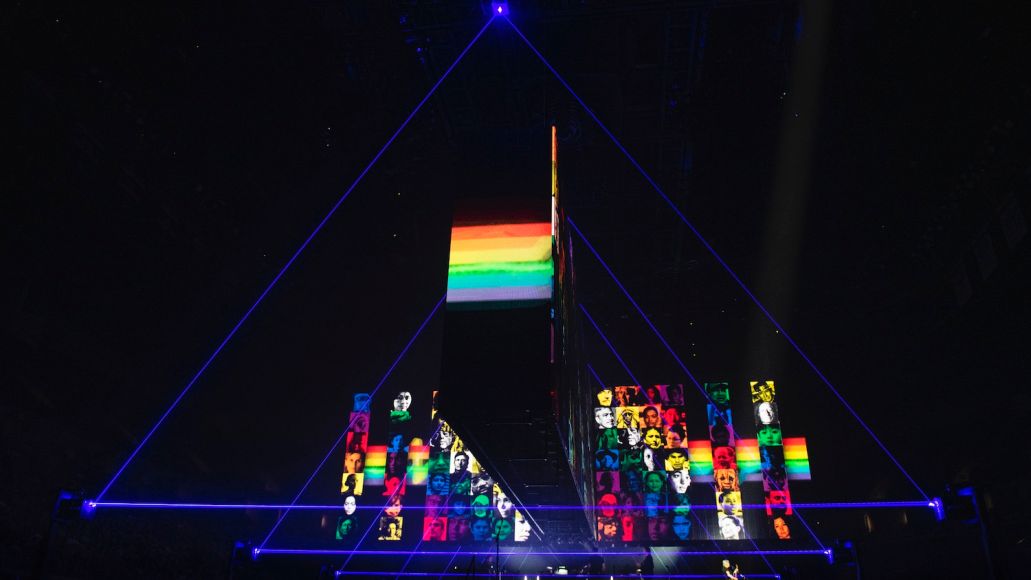 It is these estimates that take the “This Is Not A Drill” show from good to bad great, which lets viewers go deeper than ever into the psyche of the primary songwriting power of Pink Floyd’s golden age. The opener, Pink Floyd’s “Comfortably Numb”, was recreated as a dark funeral lament, supported by an urban wasteland that has long been lost and forgotten. During “Another Brick in the Wall”, the second song, fierce demands for conformity flashed with huge red and white letters.

In the third song, the full force of Waters’ political vitriol roared to the surface. As the poignant lyrics of “The Powers That Be” rang through the arena, the projections showed clips of police brutality as they listed many of the most internationally reported minority deaths in recent years, including Pittsburgh’s Antwon Rose, Jr., the 17-year-old shot dead. by the police in 2018.

During the next song, “The Bravery of Being Out of Range,” the projections moved systematically through each U.S. presidential administration since Ronald Reagan, carefully outlining each individual’s own heinous war crimes. Waters may be a little older, and he may need a little more time to catch his breath between songs, but he’s still struggling with the same institutions and the deep-rooted problems he’s been dealing with since the 1970s.