If I had to choose an absolute favorite genre of game from the countless options out there, I’d probably struggle to choose between looter shooters, party-based RPGs, and Metroidvanias. I’ve played more of the latter in recent years than any other genre, certainly, and I rarely pass up the opportunity to try a new one. REDSHOT (and yes, the title is stylized in all caps) is the result of seven years of development by solo developer Bryan Lynch, and it plays beautifully.

It follows the swashbuckling exploits of Jack “Goose” Redshot, a special agent for the Galactic Defense Force. Goose is a kind of free-wheeling professional space hero, who is assigned to help where he is needed at a given time. When he receives a distress call from the besieged planet of Carcosa, he is told to respond and do what he can to help. Unfortunately, his ship is shot down and Goose ends up stranded, with no way to contact the GDF and no way to leave. His only option is to choose a side in the war for Carcosa and save the day – and himself in the process. 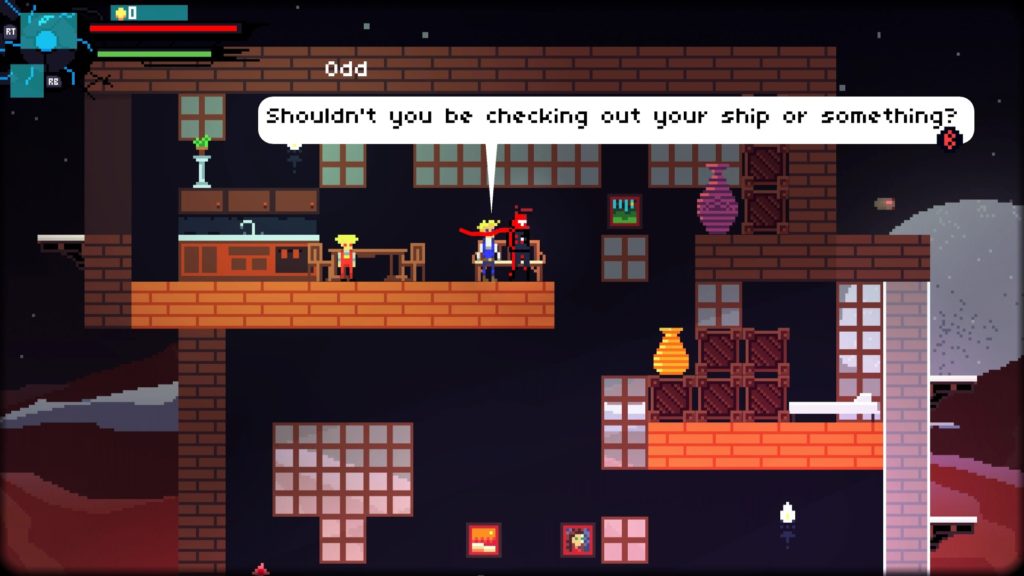 While the story is by no means original or even surprising, the writing is pretty fun. When Goose first lands, he is taken in by a father and his son, who point him in the right direction before enemy forces show up and start destroying their house. There’s something darkly comical about seeing these pixel art characters reeling from sudden tragedy, especially when Goose is blasting chunks out of nature again seconds later.

See also  Book Review: "Why Didn't You Tell Me?" by Carmen Rita Wong and "Normal Family" by Chrysta Bilton

That said, REDSHOT is a pretty game. The old-fashioned art style serves the frenetic, bullet-hell gameplay well, while there’s enough diversity and detail in the various environments that the visuals don’t get stale. But because this is a Metroidvania, you’ll be treading a lot of old ground. As you progress you will find locked doors and impassable obstacles that you will find solutions for later. Gravity gloves for wall mounting, jet boots for double jumps – you know the drill by now. Each new tool you find opens up more paths to secrets, new weapons, merchants and side issues.

The gameplay is often insanely busy. There are multiple enemies that can come at you from all directions, with accurate projectiles or hard-to-avoid charge attacks. Glowing balls of plasma and laser beams hammer you constantly, and you need quick reflexes to stay alive. To balance it out a bit, you can activate bullet time with certain actions, which bleeds your stamina and forces you to use it somewhat sparingly. 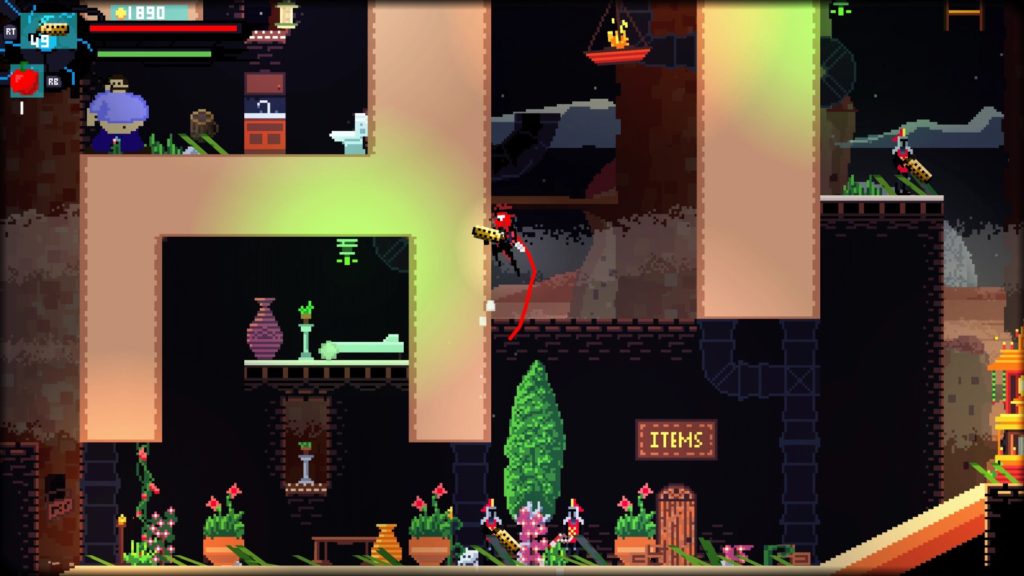 You can equip two weapons at a time and have more in your inventory, although you’ll start with very limited space for weapons or consumables. For all the apparent insanity of the combat, swapping weapons and items is easy, and the gunplay is incredibly satisfying and fast-paced. My biggest criticism is that the well-designed plot often feels at odds with the exploration. Enemies will respawn when you leave an area for a while, and since you backtrack so much it means you’ll be fighting an awful lot, often while trying to figure out where to go next.

The campaign isn’t open ended, you have a path to follow although it branches out regularly and there were times when it took me a while to figure out exactly how it wanted me to proceed. During these moments, the fight started to feel like an intrusive chore because I was trying to read the map and plan ahead and constantly had to wipe out rooms with enemies first. It’s not quite as intuitive as it needs to be, though you’ll rarely stumble down a new path without finding something worth picking up or someone worth talking to. 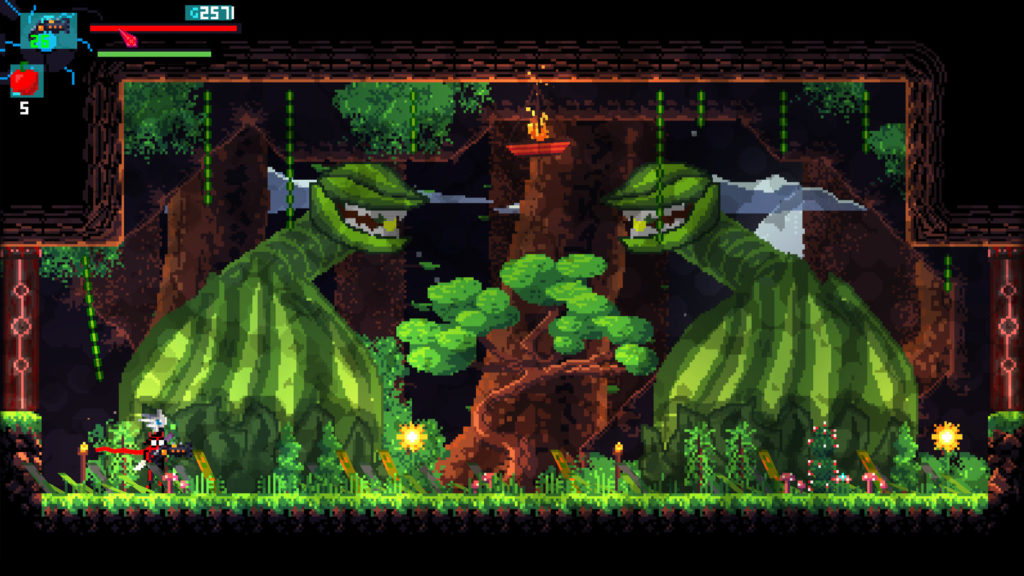 REDSHOT balances out much of this frustration with its charming banter and location variety, interspersing the action with boss fights that feel challenging but can ultimately be beaten with a little persistence. If there’s one real gripe to be had, it’s that the story ends with some pretty shameless sequel bait. I wasn’t really invested enough in the characters for it to spoil anything, but it would have been nice to see a little closure to this story before you connect us to the next one. It won’t be a big problem for many, but I’m sure some won’t be happy.

What REDSHOT lacks in subtlety, it makes up for in chaos and likeability. It’s not the most precise or compelling 2D Metroidvania I’ve played, but the smooth combat, snappy dialogue, satisfying exploration, and competent implementation of bullet time make up for the occasional frustrations.

Liked it? Take a second to support GodisaGeek.com on Patreon!