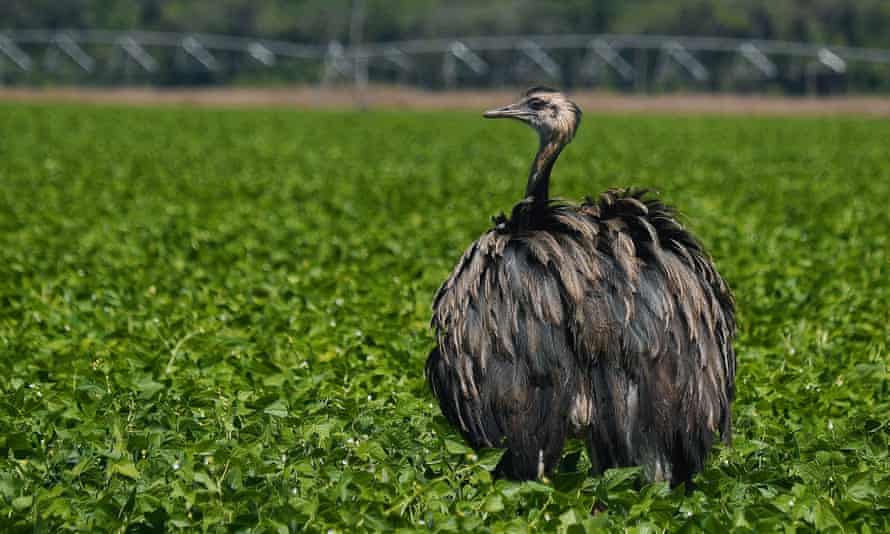 There was a day in each of my childhood springs as we moved sows and lambs from the fields around the house to land at the top of the farm. Neighbors, friends and shepherd dogs as well as us children were called in to help – sometimes the lively lambs fled through fences or took the wrong turns, they had to be collected or captured. Birds are called around us – bubbling curls with their long-legged cubs running at the edge, a colony of polar terns whizzing over. In the soil of one of these fields, my father found a sharpened stone tool, proof that land has been working for thousands of years.

These days come to mind reading two books that challenge us to rethink agriculture – what it has come to mean and how it can be transformed. Sarah Langfords Rooted, with her case studies of agriculture in recent decades, makes me grateful that I grew up on the type of mixed family farm that is far less common than it once was. George Monbiot’s Regenesis takes as its theme no less than the entire world’s food production system and dares to imagine a world largely free of agriculture as we have known it.

“My grandfather Peter,” writes Langford, “was a hero who fed a starving nation. Now his son Charlie, my uncle, is considered a villain, accused of ecological disaster and with a legacy no one wants.” From Langford’s immediate family, we move around England, meeting dairy farmers who are crushed by the low price supermarkets pay for milk, disillusioned pig farmers who turn to mixed farming and small-scale organic farmers. BSE, mouth and mouth,and Covid. Langford is excellent at explaining how complex economic forces affect individuals. The book is absorbent, compassionate and should have a galvanizing effect.

We follow Langford as she unexpectedly finds herself managing her husband’s family farm in Suffolk. They re-plant hedges, regain old field names, go organic, introduce new crop rotations, plant trees and wildflowers, expand field margins and bring in grazing animals. They see that the country is starting to flourish and meet other farmers who are doing similar things. This type of “regenerative agriculture”, she writes, “is more than just growing food … it is a movement that can cure not only ecological diseases but also social ones.” Here, grazing animals can be beneficial for soil health and biological diversity – and for local communities.

Since my childhood in the 1980s, the curls have decreased in number and the polar tern colony has completely disappeared. As a farmer’s daughter and environmentalist, I am in the middle of what is often a violent cultural war about how we should react to climate change and the loss of biological diversity and what it means for the future of our country. Langford and Monbiot represent two different sides of this battle. However, they are in close agreement on many of the main problems, such as land depletion and market pressures and industrialization, which are causing suffering to livestock, wildlife and farmers.

Regenesis conveys a sense of urgency with these challenges, and has an enormous scope. Monbiot thinks globally and looks beyond these shores to poorer nations that feel the effects of climate change and economic pressure the most.

His well-researched arguments are often eye-opening. He makes startling connections between, for example, soy grown in South America and the British chickens to which it is fed, and illustrates the concept of “ghost acres” – the area outside his own country that a farm needs to function.

The cost per calorie for meat in the form of land and carbon is compared unfavorably with vegetable protein. In this context, there is no room for livestock, and the country would be better off wild. The problem with the regenerative agricultural movement, says Monbiot, is that despite its beauty, it is “crop blind” – using too much land and energy to produce relatively little food.

Monbiot is not a farmer, which frees him to have an outsider perspective. At the same time, he pays little attention to the cultural side of agriculture, the realities of rewilding and its impact on the rural population. He criticizes “conventional organic farming” and “food lovers”, who do not feel like the main enemies. The ideas that we should eat “less and better” meat or that the food should be more expensive are vigorously challenged in the passages where he meets users of food banks.

Instead, Monbiot is looking at growing vegetables using “green manure” – cover crops and wood chips – instead of livestock manure. Other new ideas include robotic hatcheries, alternative grain products and the use of bacteria grown in vessels to meet our need for protein and even fat. “Much of our food supply may be farmless,” he says enthusiastically. The book concludes with a call for the abolition of the farm, which, after much careful proven thinking, feels like a risky leap.

Despite the fact that it is difficult for many of us from the countryside, Monbiot makes a convincing case. In desperate times, a shift to plant-based and even laboratory-grown foods makes simple mathematical sense. Monbiot’s arguments take into account the needs of everyone in society, not just those who can afford premium meat, and not just those of us in the UK. Regenesis aims to be a game changer, and in fact it already makes ideas seem tame.

But while the statistics in Regenesis are compelling, the experience described in Rooted advises caution. As we must know from the last 50 years, new technology does not always deliver and can be dangerous. Livestock farming is not about to disappear, so regenerative methods have an important role to play. Both Langford and Monbiot admit that there are no easy answers, and it is clear that we need a biological diversity of methods and thinkers, just as we need different plants and crops. A balanced diet for the world can include effective laboratory-grown food and well-managed pasture-fed meat.

The way forward is found in the many places that these books agree on. Both explore the wonder and complexity of soil. They resort to several of the same solutions, including the “no-till” method of growing crops without plowing, or the use of perennial grains. Both see the benefits of organic methods such as planting wildflowers as a means of controlling pests.

In this time of crisis and change in agriculture, when government subsidies change and agricultural schools are fuller than ever, we are lucky to have Langford and Monbiot leading the conversation, thinking seriously about answers and exploring both old and new ways.