By Christopher Stevens for the Daily Mail

Inside The Factory XL: Trains (BBC2)

When you go to see an Elton John robot in concert, you want all the hits – starting with Sprocket Man and Don’t Go Breaking My Parts.

Susan Calman was in Skegness, the ‘Meccano center of the universe’, in her prime Grand Week By The Sea (C5) when she discovered the superstar in kit form, on display at a model show.

With a red boatman and glittering glasses, the replica was unmistakable, even if his face was a blank yellow sheet of Meccano. “It’s Elton John,” she exclaimed.

The model maker, an older gentleman with a marked German accent, corrected her politely: “A copy, yes.” Perhaps he was worried that the resemblance was too convincing. 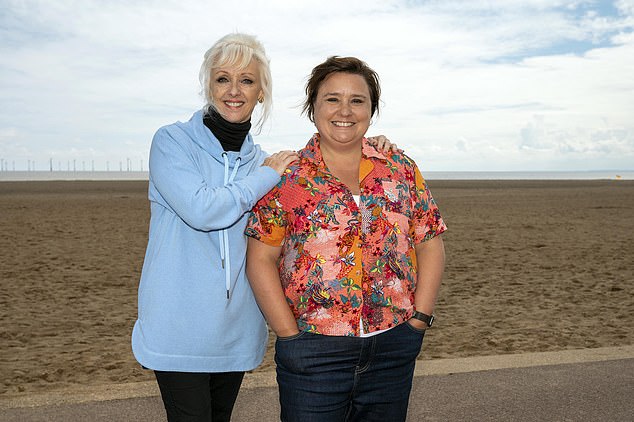 Susan Calman (Right) and Debbie McGee (Left) on the beach in Skegness, ‘

The robot, which sat at a metal piano, took five months to build. Susan wondered why the inventor chose Elton. ‘Other musicians are difficult,’ he explained, ‘because no one recognizes them.’

I’m not sure. Most people would know John Lego and Paul Meccaney.

This was Susan’s first visit to Skeggie and she was determined to cram a fortnight of fun into one day. Hopping along the boardwalk as the town’s Jolly Fisherman mascot, the little Scottish dynamo bought a windbreaker on the boardwalk and began demonstrating how to catch the best spot on the beach. As any holidaymaker in the North Sea knows, wind protection is the easy part. Struggling to get the deck chair right in the bracing Skegness breeze is the real challenge.

Susan didn’t hang in the sand long enough to try it. She went straight to Butlin’s, where she donned a red coat and joined dance rehearsals, before ducking off to an arcade to try out the mechanical camel races.

Then it was eleven at a donut stand, where the wind whipped her five out of her fingers. She had to chase it halfway down the pier.

When she returned, Darren, the donut man, was waiting with a bag of ten. “Seaside calories don’t count,” he assured her.

Good job too, because it was battered cod and chips for lunch, with a piece of fish “the size of a newborn baby”. Thank God Calman became a comedian and not a midwife.

The joy of her shows is the sheer amount she packs into each episode. Susan is like a ten-year-old on a school trip who drank a liter of pop on the bus and might explode if she’s not allowed to rebel until she falls.

Later, I bet the camera crew put her in the back seat under a blanket and let her sleep all the way home. 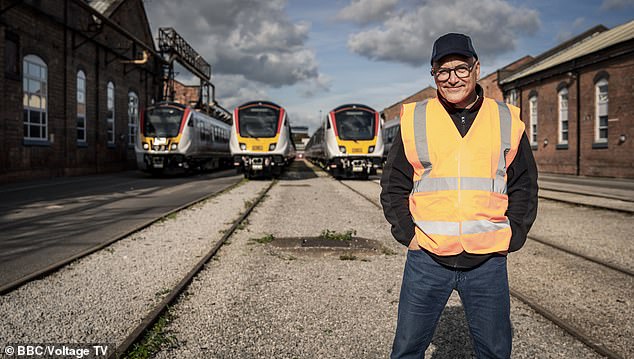 But with rail and tube strikes crippling public transport, this was the worst time for Gregg to enjoy the 30 million rail journeys Britons take every week.

But no one, not even Susan, could have been more excited than Gregg when he inspected a half-built trailer and found it had room for both toilets and bike storage.

Co-presenter Cherry Healey had the more interesting assignment, visiting a smelter at the foot of Ben Nevis to discover how aluminum was produced. She then researched the HS2 tunnel boring machine, currently digging ten miles of subway at a snail’s pace of less than two inches a minute.

Gregg, meanwhile, was happily occupied trying to imitate a train horn. It’s E flat, then G flat. He kept getting it wrong.