With many questions remaining about where Season 6 might go, the show’s third-to-last episode is a dreamlike throwback to where a certain Albuquerque attorney has been.

“Better Call Saul” has been a six-season handshake between what’s given and what’s withheld. It’s baked into the show’s DNA, the idea that certain events are foregone conclusions. Even the mysteries have a fixed end point. With patience and care (much like what you need to hide a bag of cash next to a roadside gas station via strategically placed fishing wire), time will fill the gaps.

With the conclusion of “Better Call Saul” just over the wintry horizon in Nebraska, now is the time for last-minute shopping. It is the zone where ultimate fates depend on a few words between an old boss and his former secretary. Their conversation could be the last word on the unsuspecting wife of a drug kingpin, on a would-be ricin-cigarette thief and a certain El Camino. That early phone call is another possible answer to a question posed last week: Try as he might to deny it or ignore it or find solace in a revolving cycle of other women, what drives Saul Goodman (Bob Odenkirk) is the promise of the ghost of Kim Wexler.

The possibility of their reunion is taking as many hits as the phone hook this week. Instead comes a moment that has fueled rumors even before “Better Call Saul” was ever in an official press release. Aaron Paul and Bryan Cranston slide right back into Jesse and Walt, walking around in the old RV wearing the same paint splattered ski masks the pair first wore on screen 13 years ago. It’s fitting that this show doesn’t recreate any previously unseen meeting between these three characters. If anything, it gives as much context to “Breaking Bad” (the show) that the two series are fully symbiotic, like a transcontinental TV railroad operating from both coasts and meeting in the middle. Writer/director Tom Schnauz — who also oversaw the midseason finale — creates an oddity where bringing back Jesse and Walt is in service of the title character of the show they’ve phased into. 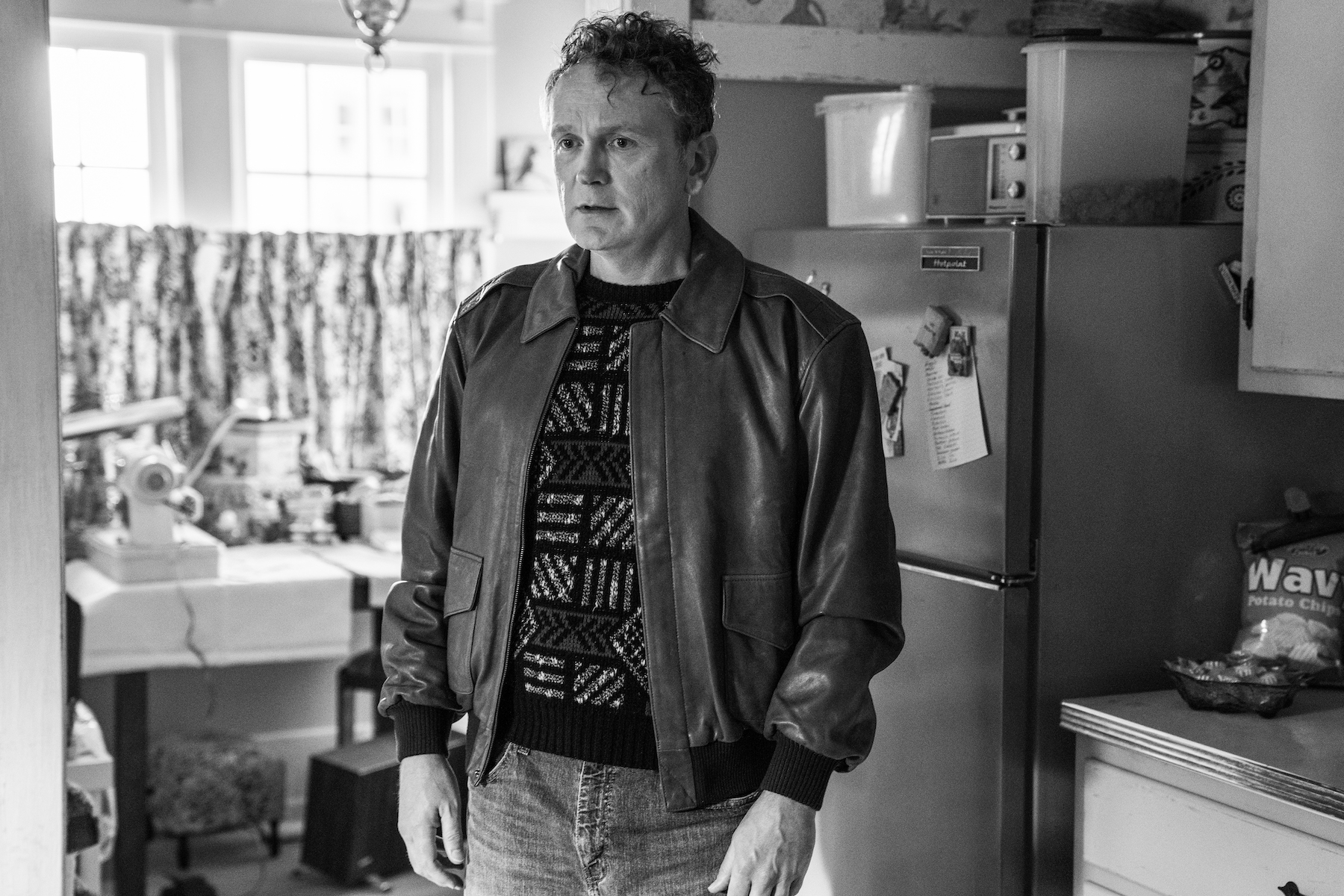 “You Should Call Saul”

“Breaking Bad” (the episode) is the series finale which begins to feel closer and closer to a dream of death rattles. Not in terms of quality – the montage of floating driver’s licenses dissolving perfectly into a lattice roof is right in line with this series’ proud tradition – but between the hectic Blue Screen of Death that serves as the credits sequence now and the broken memories that start to bleed. together, it becomes easier to imagine that this last part of season 6 is a man’s life flashing before his eyes.

So it makes sense that the “Breaking Bad”-era moments we see here center around a moment when Saul Goodman felt very close to death. (In a final stroke of title genius related to Season 2, it recreates a moment from the episode titled, of course, “Better Call Saul.”) How else could this show come full circle than by looking at Saul’s first names, Nacho and Lalo , a germ of an idea that helped create this entire six-season project?

Beyond the careful reconstruction of the mobile lab or the sight of Jesse holding a flask or the later glimpse of the godforsaken Aztek, all these nods to the past are in service of Saul’s future. Schnauz acknowledges that at this point character is key: how well Saul is a good judge of that and whether he himself has any left. It’s not an overly simple mirroring of the circumstances, but at this crucial Takavic moment, Saul encounters another man with cancer and a younger cog in a criminal empire thinking about his place in it.

This is a guy who, whether he’s Victor or Gene or James, sees himself as the star of his own story. He’s also the producer (remember the Howard-scheme Post-It board) and the writer (last week’s in-depth Cornhuskers investigations) and the casting director (this week he’s trawling the city for financier bros who might be targeted for identity fraud). There’s a reason the name of the show is “Better Call Saul.” When season 6 has presented him with many reasons why he is not the one in control, he has tried his best to rewrite the conditions on his own terms. His wife gone, his money taken, and his gaudy being comforting thrown in the back of a moving truck, Saul chooses not to take life’s “no” for an answer. Another important reason to bring back Jesse and Walt now (and vaguely gesturing to Gus, for that matter) is to serve as a reminder that the election never worked for either of them either. 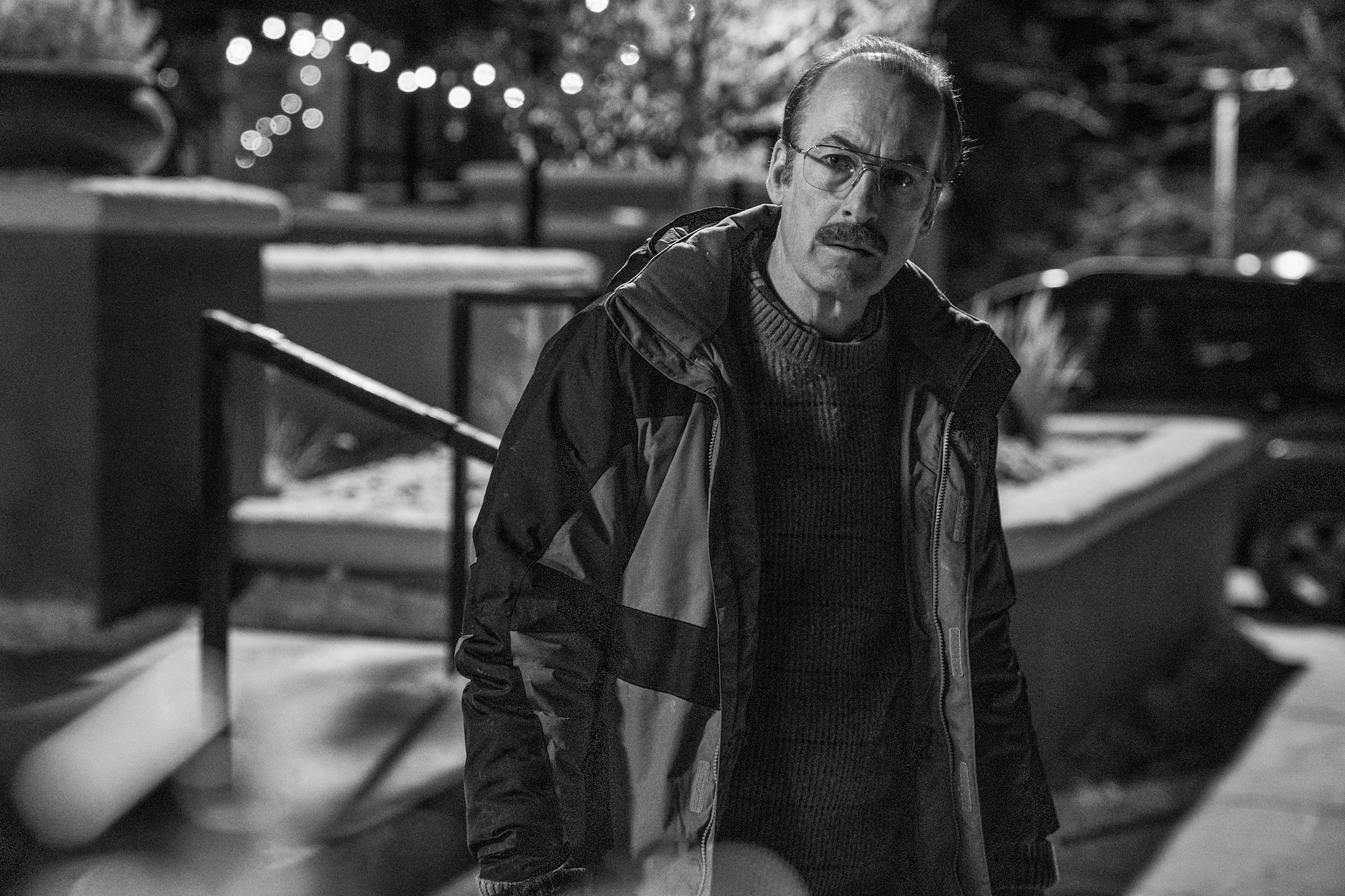 “You Should Call Saul”

Giving current landlady Francesca (Tina Parker) this (supposed) farewell is “Better Call Saul,” which also reiterates that Saul is never the only victim of his own hubris. No matter how willingly these misguided people are drawn into Goodman’s web of underhanded dealings, there’s only so much cooperation and evidence they can provide to prosecutors before they have to start over. As that door closes, Jeff (Pat Healy) puts duct tape over the lock of the next opening. In an episode with a literal open grave, Jeff’s smile may still be the most haunting example of how a man can contaminate the unsuspecting. Another simultaneous ending and beginning with Saul as the contact, an ouroboros of bad decisions that seems to keep devouring itself as long as Saul is alive and well.

Even if the show didn’t only have two chapters left to unfold, it would already feel like the end. Season 6 already outlined a bad plan that went ahead against all warnings to the contrary. Like the Howard scheme, Operation Another Round starts out as soundly as something like identity theft could imagine. Gene’s karaoke bar “chance encounter” with an effortlessly creepy barfly (Devin Ratray) casts this new gambit as a Robin Hood-style operation. If growing up for lowlifes like “Brandy” Appreciator might mean easier eventual access to cat videos for Marion (Carol Burnett), Saul doesn’t see himself as committing a crime so much as redistributing wealth to non-swindlers. Meeting a reasonably well-adjusted Mark (Kevin Sussman) undergoing cancer treatment isn’t just a chance to set up a Jesse/Walt-themed rhyme. It makes Saul confront the mortality of his conscience as well. Ending this episode of “Breaking Bad” with a bad burglary feels like one last incremental break, one last ethical push too far that could end Saul for good.

See also  (Scam or Legit) Warning! Don't buy the AirCooly Portable AC until you read this!

It’s a road that’s at least partially paved by what happens in the phone booth before Saul’s angry receiver smashes. Schnauz is uneasy about the phone call to a sprinkler company near Florida’s Atlantic coast, covering what we can hear with the sound of passing semis. Kim may be gone with no sign of where to look next. She may have taken that call and insisted that he leave her alone. She could already be in a town not too far from the Kansas/Nebraska border, setting up an end-of-the-Zodiac-style meeting in a random public place. Whatever the reason, The Game is all that Saul—now owner of the mustache he once freely mocked—has really left. And it may well be over already, whether he realizes it or not.

“Better Call Saul” airs Mondays at 9 PM ET on AMC and is available on AMC+.

Sign up: Stay up-to-date on the latest film and TV news! Sign up for our email newsletter here.