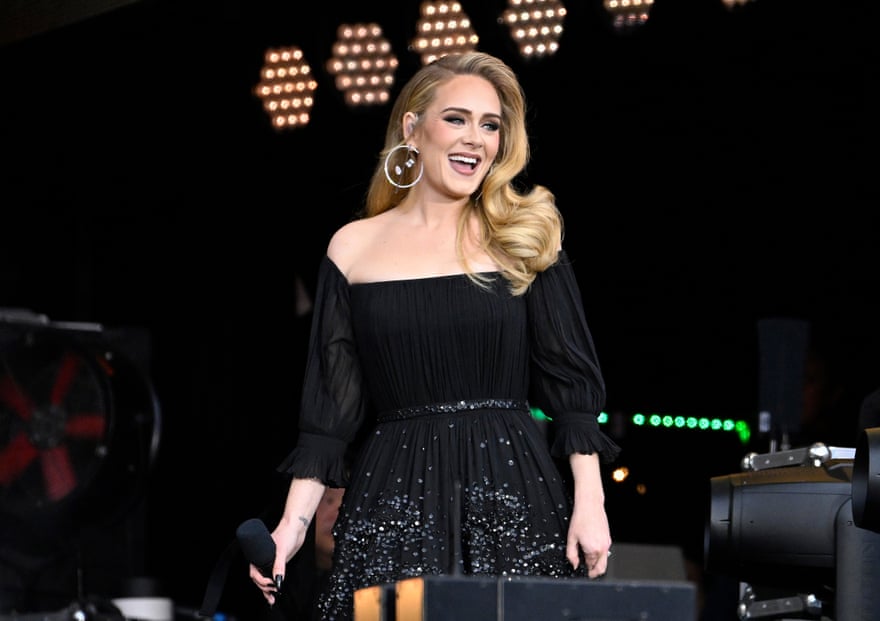 Tthree songs into her second night at Hyde Park’s British Summer Time Festival, Adele asks the 65,000-strong audience if anyone has been to any of her previous gigs. It is a rhetorical question. Audience braker affirmative. “Everyone always tells me I’m not doing enough shows,” the star concludes scornfully. “But if you’re all been before, I can fuck.”

If Adele’s joke has a core of truth about it – you suspect that it’s a part of her that would much rather be miles from central London, curled up in a fetal ball – her ad hoc charm contradicts that. We all know that the Tottenham singer, who long ago moved to LA, suffers from stage fright and a serious reluctance to tour. Five very long years, almost today, have passed since she abruptly ended a residency at Wembley Stadium in 2017 after her vocal cords failed. A controversial stay in Las Vegas earlier this year was canceled at 11 a.m. when a wave of Covid hit production. For an artist who is so synonymous with the past decade, Adele shows have been rare things.

Would Celine Dion have a cleavage microphone to shoot a T-shirt bazooka into the crowd?

But when this singer is finally pushed onto a big stage, wrapped in the kind of glamor that also serves as armor, her sets are master classes in how to make star status at a stupid level. Adele is very good at playing live. Her voluminous hair, sculptural nails and giant heartbreaking hymns are as familiar to fans in the Diamond Cabinet (£ 379 per ticket) as they are to people who can’t afford any BST ticket (minimum £ 90). But she is the kind of A-list who, between songs, changes the code to earthiness without a break. One minute, Adele is the record-breaking post-internet phenomenon that saved the music industry, the next, a pub hostess wondering about her regulars’ problems. She runs on her mouth because she’s nervous. This makes every observation of her an event.

Tonight, Adele builds an epic edifice of song, and keeps long, lush tones on songs like the opener Hello, and then punctures it all with joy. Adele not only performs “relatability”, like so many others on stages of this size, she is just an excellent company, bringing some of the music hall to this huge camp.

Would Celine Dion have a cleavage microphone to shoot a T-shirt bazooka into the crowd (there’s a personal note and £ 50 there too)? Would Madonna, after being pulled up by her kind pianist, Eric Wortham II, from a bad posture on the runway floor, laugh at herself for “walking like a Teletubby, like I’m wearing a diaper?” Adele wishes everyone a happy pride – the 50th anniversary parade went along the edges of Hyde Park earlier in the day – and then apologizes to someone named Jack and Dean who were stripped of their rainbow flag earlier in exchange for quite a few drinks; she comes out draped in the flag for the extra number.

She grimaces, rolls her eyes, undercuts the brilliance of her OTT productions – Skyfall is a cinematic sweep of strings, humorous images and undulating vocals – by bursting open as she claims to have two “slipped dicks” (she means to say records) . “Also, we just set fire to the damn rain!” she hardens, after her pyrotechnics collide sulfur-like with the drizzle late at night. Somehow a perfect smoke ring hangs in the sky above the stage.

The danger of buying an Adele ticket aside, the only villain to see her live, is that her music oscillates between epoch-making and confusing sedation. Adele’s voice is a bit like Chekhov’s gun, the rule in drama that says that if an element is introduced in a play, it must be used or discarded. A weapon as powerful as Adeles’s can not be hidden, but her skills sometimes attract kneeling, American songbook-style arrangements that may seem insoluble.

The musical courtesy is a bit on edge with the visceral dissatisfaction that is articulated so masterfully in Adele’s songs. In Drink Wine, from her fourth album, 30, released in November last year, is full of self-pitying misery, in search of a tune similar to its cri de coeur. Hold On musts the immediate gravitas of gospel, but still fails to quite make the eerie with Adele’s low pressure any kind of sonic justice. It is an over-reliance on the piano as a term for stylishness, which goes hand in hand with a lack of commitment in the modern world – with bass, with beats, with more arresting ways to make soul – in the pursuit of plush timelessness. It is as if she had an excited virgin she was worried about violating with the young people’s music.

Not that this partisan festival audience cares, if the bangers hit the mark. And they do. Adele’s more playful songs – the finger – snapping Rumor Has It, the cheeky Send My Love (To Your New Lover), the percussive frolic that is Rolling in the Deep – make the circle between the singer’s pure and advanced production. values.

The ballads, meanwhile, go across age, gender identity and economic bracket, uniting the audience in a glorious gruel. The special prayer for Easy on Me sounds as if it has existed as long as Adele’s anthem not to be over it, Someone Like You. The big finale is Love Is a Game, an old-fashioned number that brings her deliciously close to jazz in her intonations. It also gives heartache a new lease. “I can not take another defeat,” Adele shouts, in the middle of what must surely feel like victory, while fireworks and confetti fill the air. “What a cruel thing to inflict on that pain itself.”