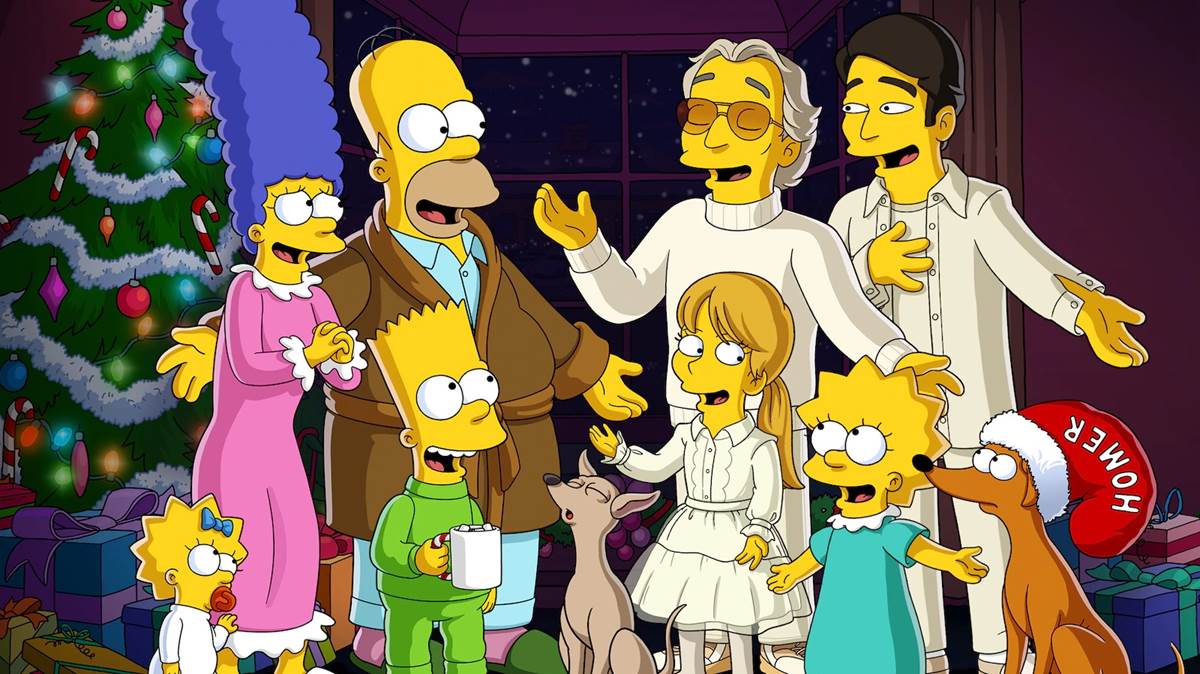 Last week a new animated short film from The Simpsons creative team joined the collection on the Disney+ streaming service just in time for the holidays: “The Simpsons meets Bocellis in Feliz Navidad” welcomes Italian tenor Andrea Bocelli and his children to Springfield.

These recent three-minute shorts haven’t allowed much time for stories to play out, but this one is especially thin on plot, sacrificing narrative for music in a move that makes sense given the guest stars. 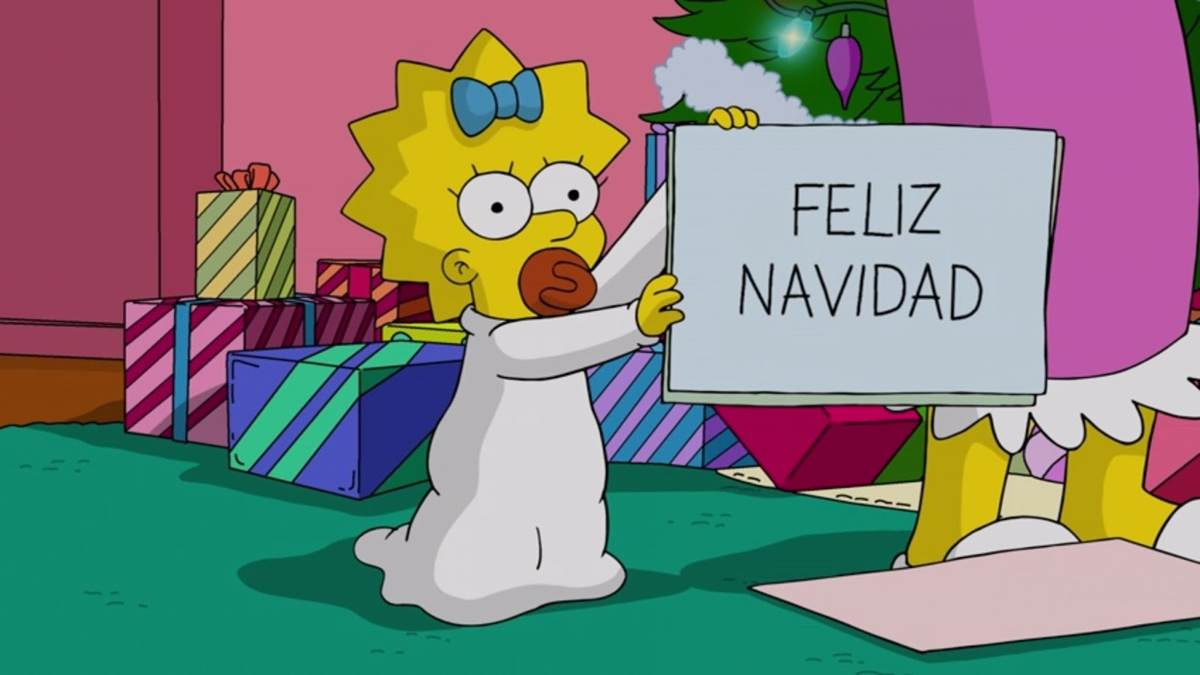 “The Simpsons Meet the Bocellis in Feliz Navidad” opens on Christmas morning, with Bart (as always voiced by Nancy Cartwright) and Lisa (Yeardley Smith) scurrying down the stairs — while Maggie slides down the banister — to the family’s home to find a pile of presents under the tree. But Homer (Dan Castellaneta) won’t let the kids open their presents just yet, as he has a surprise for Marge (Julie Kavner): it turns out he’s gift-wrapped Bocelli in a moment reminiscent of Kevin Bacon’s giving in gift for Star-Lord in The Guardians of the Galaxy Holiday Special. Homer introduces Bocelli as “one of the 70 or 80 best tenors in the world,” and then—after correcting him—the singer brings in his children Virginia and Matteo. That’s the usual The Simpsons-brand yourself at Disney, followed by Bocellis singing the famous song “Con te partirò”, where Bart first fights Marge to open his presents, but then gives in to the music and sings along. Homer interrupts the performance to demand a carol, and the families join forces in the Spanish-language José Feliciano song “Feliz Navidad” (although the Bocellis are Italian, but I guess that’s some kind of joke). The card ends with a montage of Christmas moments around Springfield, such as Chief Wiggum cooking a turkey for Snake the Jailbird in the prison’s electric chair, Ralph Wiggum dressed as a rabbit hunting for Easter eggs in the snow, and a clip from “Steamboat Itchy” where the main character now wearing a Santa hat. During the credits, we get several Disney-related gags like Mickey Mouse yelling at Bart not to ride his new bike “in front of the icon,” Homer playing Santa to Huey, Dewey, and Louie, and Goofy getting Homer in trouble together in Christmas lights. There are also some finer holiday moments like one The Simpsons-themed advent calendar, Homer and Andrea Bocelli share the cookies the kids left for Santa, and the families enjoying themselves around town together, which turns into a “Feliz Navidad” Christmas card. I’m not sure I get the “We thought of it first” joke with Bart riding his bike in front of the moon in the same way as ET: The Extra-Terrestrial, but I guess they’re referring back to the Mickey thing? Anyway, overall, it’s a very nice, if slightly small, holiday treat from “Our Favorite Family,” the Bocellis and the citizens of Springfield for Disney+ viewers to enjoy this Christmas. 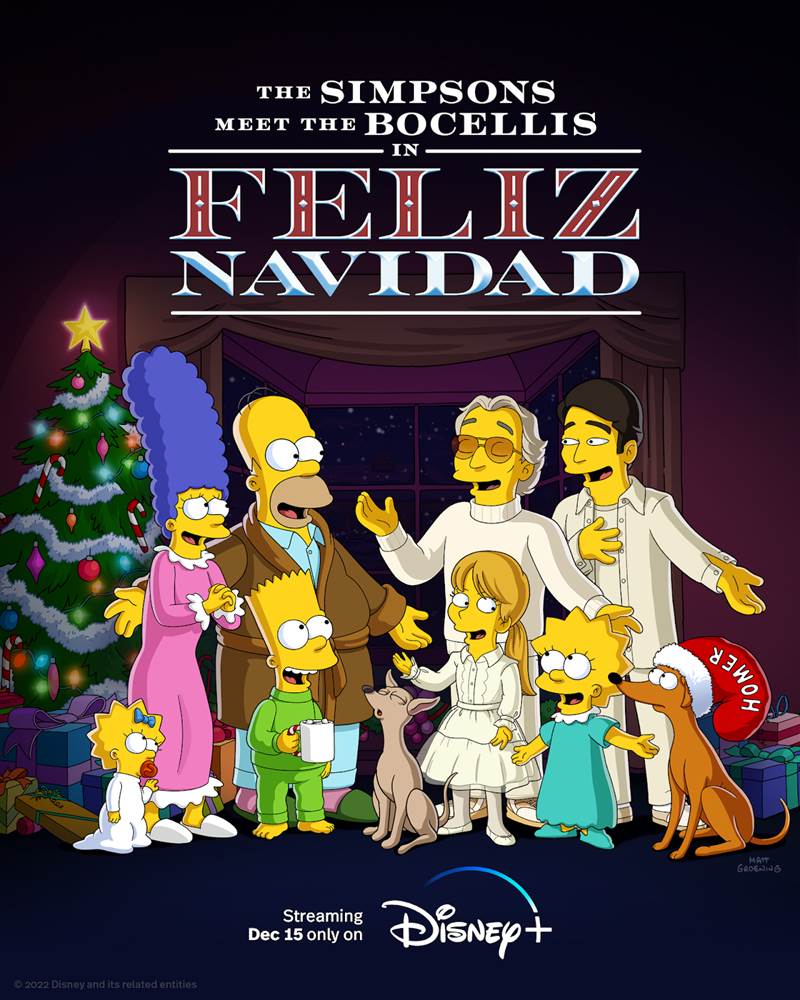 “The Simpsons Meet the Bocellis in Feliz Navidad” is now available to stream exclusively via Disney+.

Coverage of the 2022 holiday season is presented by shopDisney