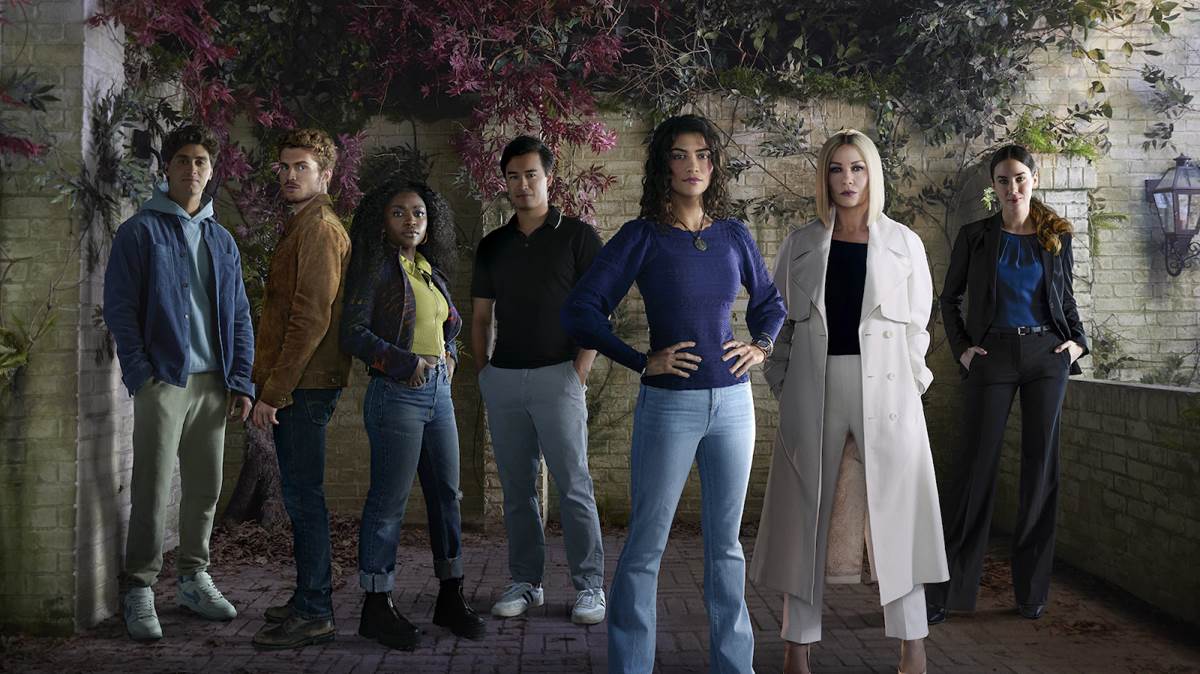 We meet Jess (Lisette Olivera), who works in a warehouse and is given the job of finding out the identity of the criminal owner of a locker of overdue bills. Her brilliance leads her to the home of Peter Sadusky (Harvey Keitel), and life will never be the same for Jess.

At the end of his life, Sadusky explains to Jess about the great treasure associated with the symbol on her necklace, then gives her a clue as to where she can find an important item. Jess is surprised by the revelation, but does not believe the dying man. On the way home, the curious and intelligent Jess shows her friends Tasha, Oren and Ethan (Zuri Reed, Antonio Cipriano, Jordan Rodrigues) what she’s learned, and before the group of friends know it, they’re in the middle of a dangerous hunt. to find a treasure that is a combination of Mayan, Aztec and Inca wealth.

Hot on their trail is Billie Pearce (Catherine Zeta-Jones) who will stop at nothing to get what she wants, including killing for it.

It can be difficult to embrace a new property that is the offspring of a fan’s favorite film series, but National Treasure: Edge of History manages to use the formula that made the film box office gold and create a new and dynamic story that fits perfectly into the established film series.

I wondered if they would completely ignore the movies and try to make their own story without mentioning the movies. When Justin Bartha returned as Riley Poole, (he was excellent in the movies, helping to bring some much-needed humor to the movies that made the story so funny.), I knew the series wasn’t going to forgo cinematic connection.

How else could the series bring the world of film to the series? Having the first episode kick off with Harvey Keitel in his Sadusky role describing the great treasure in Mesoamerica that was hidden from Cortes was the perfect first step. Having Oren mention how he listens to Riley Poole’s podcast was another excellent inclusion that shows viewers that this is a familiar world and that it’s okay to embrace the new story. 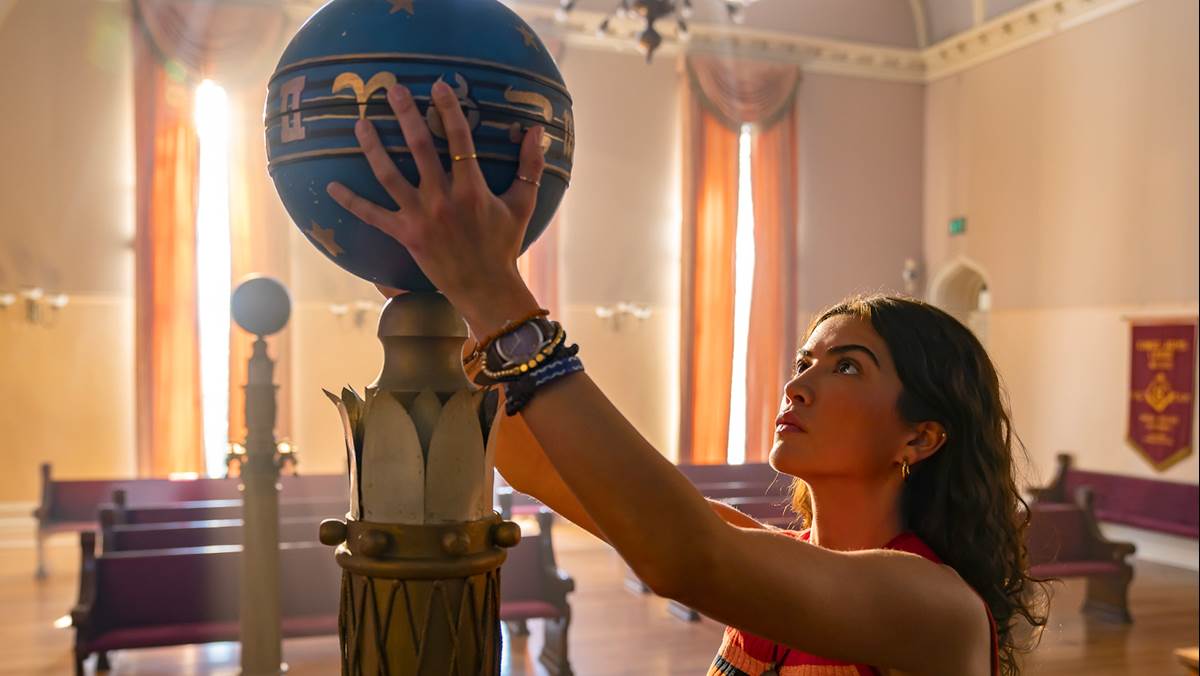 Much of the interest in the performance rests on the shoulders of Lisette Olivera. Jess is essential in hooking the audience. We must embrace her, root for her, and care about her success. Lisette Olivera is exceptional in the role of Jess. Not only does she channel the innate curiosity and intelligence that Cage’s Ben Gates displayed in the films, but we see Jess as a young adult striving to make it in the world. There are real stakes in the game for Jess. She has DACA and if she is involved in anything illegal it could lead to her being deported. She chooses to act because sometimes you have to take a bold and dangerous action that might be wrong, in order to do the right thing. Such action is how Benjamin Franklin Gates also lives his life.

Jess has a friendship that allows us to connect with a number of characters. Zuri Reed’s Tasha is the intelligent computer genius that every good treasure hunter needs in the 21st century. Antonio Ciprianos Oren is the passionate clumsy friend who means well and contributes by motivating the group. Jordan Rodrigues’ Ethan is the skeptical best friend who plays along because he cares for Jess. Jake Austin Walker as Liam Sadusky is the outsider to whom Jess gravitates and wants to help restore faith in her grandfather Peter.

For all the good there has to be an eloquent dangerous villain who is the opposite of our hero. In this case, Catherine Zeta-Jones lets loose as Billie Pierce. She is unequivocally bad, while at the same time showing some likable qualities. Zeta-Jones chews up the scenery with glee, and she makes every scene she’s in a wonderful delight.

Classic adventure stories must have a vile villain and an honest hero to make the story work. National Treasure: Edge of History is the perfect blend of these standard tropes filled to the brim with great performances by a cast with perfect chemistry. After watching the first four episodes, I’m happy to say that the adventure starts immediately and includes stops at some notable locations.

Fans of the films will be comforted by the many connections brought into the series, including the return of Justin Bartha as Riley Poole, and the melodic theme from composer Trevor Rabin. Furthermore, National Treasure: Edge of History will stand tall as an original fun adventure that everyone will love.