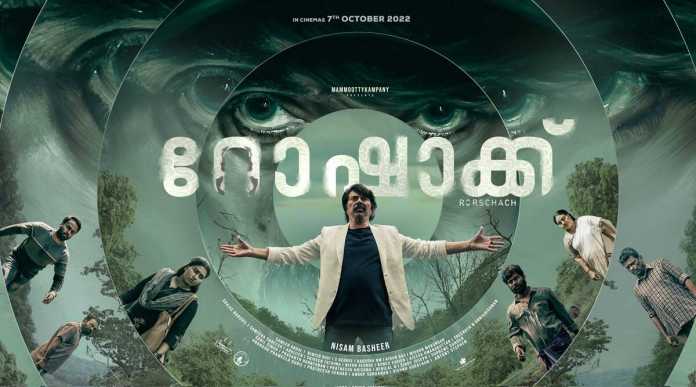 Malayalam movie Rorschach will premiere on Disney+Hotstar on November 11. This 2022 Indian Malayalam language neo-noir psychological action thriller film is directed by Nissam Basheer and produced by Mammooty under the Mammooty Campaign. Released on 7 October 2022, this film was praised for its cast performances, narration style, musical score, technical aspects, direction, cinematography and action sequences. The story follows a character called Luke Anthony, who has a mysterious past and is out for revenge against someone who wants to destroy him.

An NRI businessman in Dubai, Luke Antony arrives in Kerala with his pregnant wife, Sofia, on vacation. While traveling through the forest with Sofia, Luke is knocked out by a traffic accident. After regaining consciousness, he finds that Sofia is missing and goes to the local police station to report it.

The police deduce that Sofia was killed in a tiger attack and close the case. Luke decides to look for her on his own. From now on, the film is a collection of bizarre twists and turns that will keep you on the edge of your seat. Mammooty, who has been an actor for decades, has given us some truly memorable performances. Bheeshma Parva, The Priest, CBI 5, One, Yatra, Parole, Shylock and Peranbu are some of his prominent performances where he has really impressed the audience with his superb acting.

This film has garnered rave reviews online, praising Mammootty’s acting, story and screenplay. Some of these reviews are mentioned below.