Disney Branded Television joins arthouse Le Pupille, an Italian live-action short film. The film has already made the festival circuit, beginning in Cannes and continuing to Telluride, the Toronto Film Festival, the Philadelphia International Film Festival and AFI Fest before today’s global Disney+ launch (It will also be shown as part of MoMA’s The Contenders film series later this month). From award-winning writer/director Alice Rohrwacher (Lazzaro feliceaka Happy as Lazarro), it presents a nostalgic Christmas story about the meaning of the holiday. 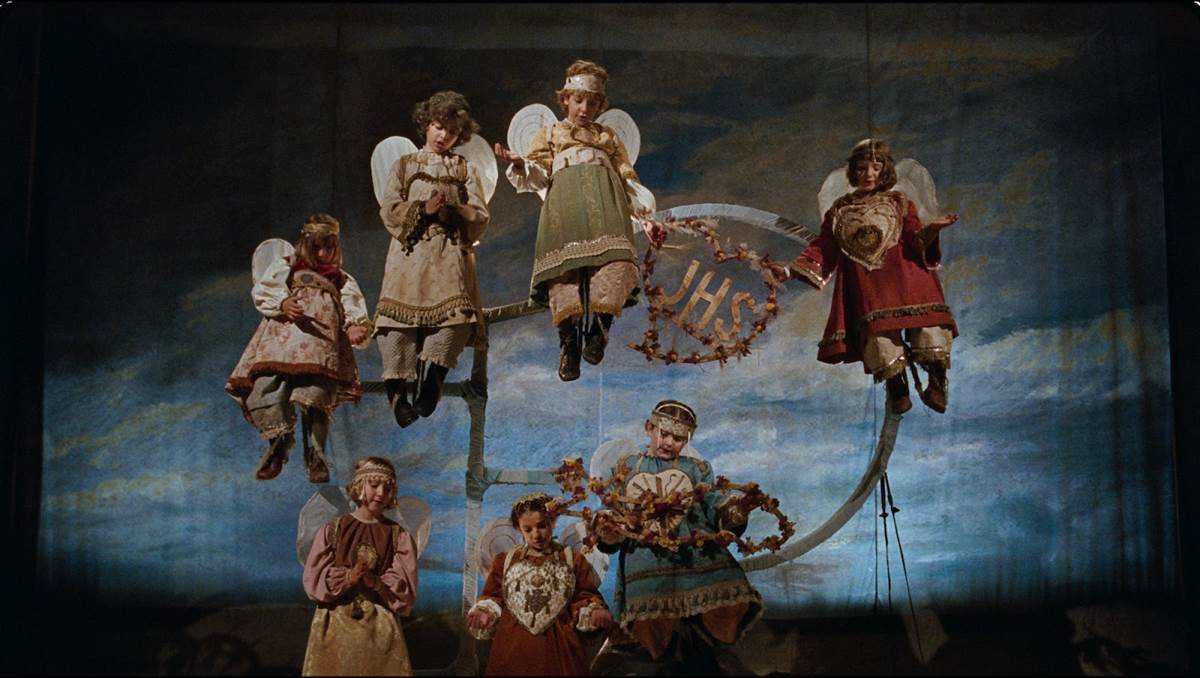 Le Pupille (English translation: The Pupil) follows a group of orphaned girls at a strict mid-century Italian boarding school. A country at war, the locals seek out the prayers of the orphans, believing that their purity will surely get their prayers answered. In a season of giving, many demands are placed on these children, who want nothing more than to be mischievous and playful.

“A film clumsily and loosely based on a letter the author Elsa Morante sent to her friend Goffredo Fofi,” says the introduction to the film. Oscar-winning producer Alfonso Cuarón (Y tu mamá también, Harry Potter and the Prisoner of Azkaban, Gravity) was approached by Disney to curate a series of short films about Christmas, and he immediately thought of Alice Rohrwacher, whom he considers to be “One of the most important filmmakers right now.” Le Pupille offers a taste of what’s to come from this collaboration between Disney and Cuarón’s British production company Esperanto Filmoj (Italian company Tempesta is also co-producing this film).

Le Pupille was shot in Super 16 (in 35mm format) and plays like a classic from the past. The aspect ratio uses rounded corners to add to the effect, with editing methods that feel appropriate for this era, including a sped-up sequence reminiscent of silent films. In the US, Disney+ defaults to an English dubbed version of the film, although settings can be adjusted to show the film in the original Italian language with English subtitles. The dub replaces all dialogue, but the songs are kept in Italian with subtitles translating the lyrics. The film has a lot of fun with its themes, where the girls break the fourth wall through song at the end of the film and ask the audience to decide the moral of the story for themselves. And in case the film’s double meaning wasn’t obvious, the credits include close-ups of the orphans’ eyes, which move freely around the screen in contrast to the strict lives they lead (pupils as in students vs pupils as in the center of the iris).

With a TV-PG rating, Le PupilleThe 37-minute runtime and slow pace may be a hard sell to young viewers, but this heartwarming family-friendly story is sure to please adult Disney+ subscribers looking for high holiday fare. It’s a beautiful film, one that has already captivated festival-goers around the world and is now coming home for Christmas on Disney+.

Coverage of the 2022 holiday season is presented by shopDisney