The future is here! We say this because if we said a few years ago that you can download more power for a car, it would have been considered unthinkable. But today this has become a reality. Recently, Swedish car brand Polestar – the electric sub-brand of Volvo Cars – announced that its electric fastback model, the Polestar 2, will get a bump in power figures just by downloading an update. 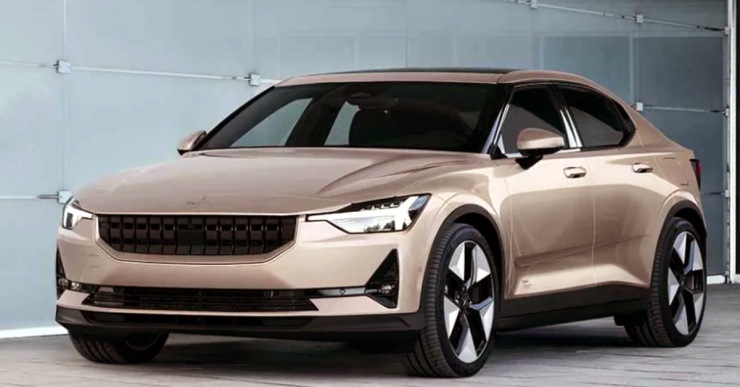 Polestar stated that the existing customers of their Polestar 2 electric vehicles could download an over-the-air (OTA) software update and it will increase the power of their vehicles. With this OTA, the car will produce an additional 68 hp and 20 Nm of torque. The company has rolled out this update at a price of $1,195. The software update is available for the Polestar 2’s long-range twin-motor powertrain, and it takes the power stats from the existing 408 hp and 660 Nm of torque to a total output of 476 hp and 680 Nm of torque.

It has been revealed that, unlike other brands where this type of update is annual subscription based, Polestar is offering it as a permanent upgrade for the cost. Customers’ Polestar 2 EVs will experience a drop in zero to 60 mph acceleration to 4.2 seconds after paying for the update. The company claims that the extra torque and power will be most noticeable between 44 and 80 mph, “resulting in smooth, quick mid-range acceleration,” and that the 50 to 75 mph time will be 2.2 seconds, which is exactly half a second faster than a regular Polestar 2 with two engines.

Also Read: 10 DC Design Cars And How They Look In The REAL World: Maruti Swift to Mahindra XUV500

Owners willing to opt for the update can easily pay the extra fee on the company’s official website and start the download after entering their vehicle’s VIN number. A new set of door stickers displaying the latest power information, as well as a launch control feature, are reportedly included in the upgrade in addition to the improved PTO. The update is also available to new customers still waiting for their Polestar 2 through a $5,500 performance package that includes Ohlins adjustable dampers, Brembo brakes and 20-inch forged aluminum wheels.

In similar news, “acceleration boost” was featured as an option for select electric vehicles by German luxury carmaker Mercedes Benz on its online store. According to the Mercedes-Benz website, the extra option will cost $1,200 annually and will be available shortly. Customers who pay the price will be able to increase their electric Mercedes output by 20% to 24%. Furthermore, according to Mercedes, the upgrade will also increase torque and reduce a vehicle’s time from zero to 60 mph by up to one second. Both the EQE and EQS sedans and the EQE and EQS SUVs will be able to use them. These types of upgrades are slowly becoming more popular among electric vehicles made by different manufacturers, and we believe that this may become a common occurrence in India as well. Currently, electric cars from Tata Motors and other manufacturers are gaining ground in the country and it would be great to see if the older manufacturers in our country also offer something similar.