One of the added benefits of Google One, which is Google’s online storage locker, is the access subscribers get to their VPN service that allows your mobile phone to use a secure connection. You will notice that I specifically mentioned mobile phone there, and that’s because this VPN service has only been available for mobile devices until this point. In a bit of news that I’m sure Google One users will love to hear, Google is launching desktop PC apps today to bring that same VPN connection to your computer.

Initially, Google One VPN will be available in the same 22 markets that the mobile VPN connection is available in. It is also currently only available to those who subscribe to the 2TB Google One tier or higher. When you have a plan at that level, don’t forget that you can share it with up to 5 family members, and that includes the VPN service.

To get the new desktop VPN apps, go to your Google One account, tap the Benefits section, and then tap the “VPN for multiple devices” option. You should then see a “Download App” button to download the correct app for your PC type. Install like any other app and then it’s time to turn on the VPN on. 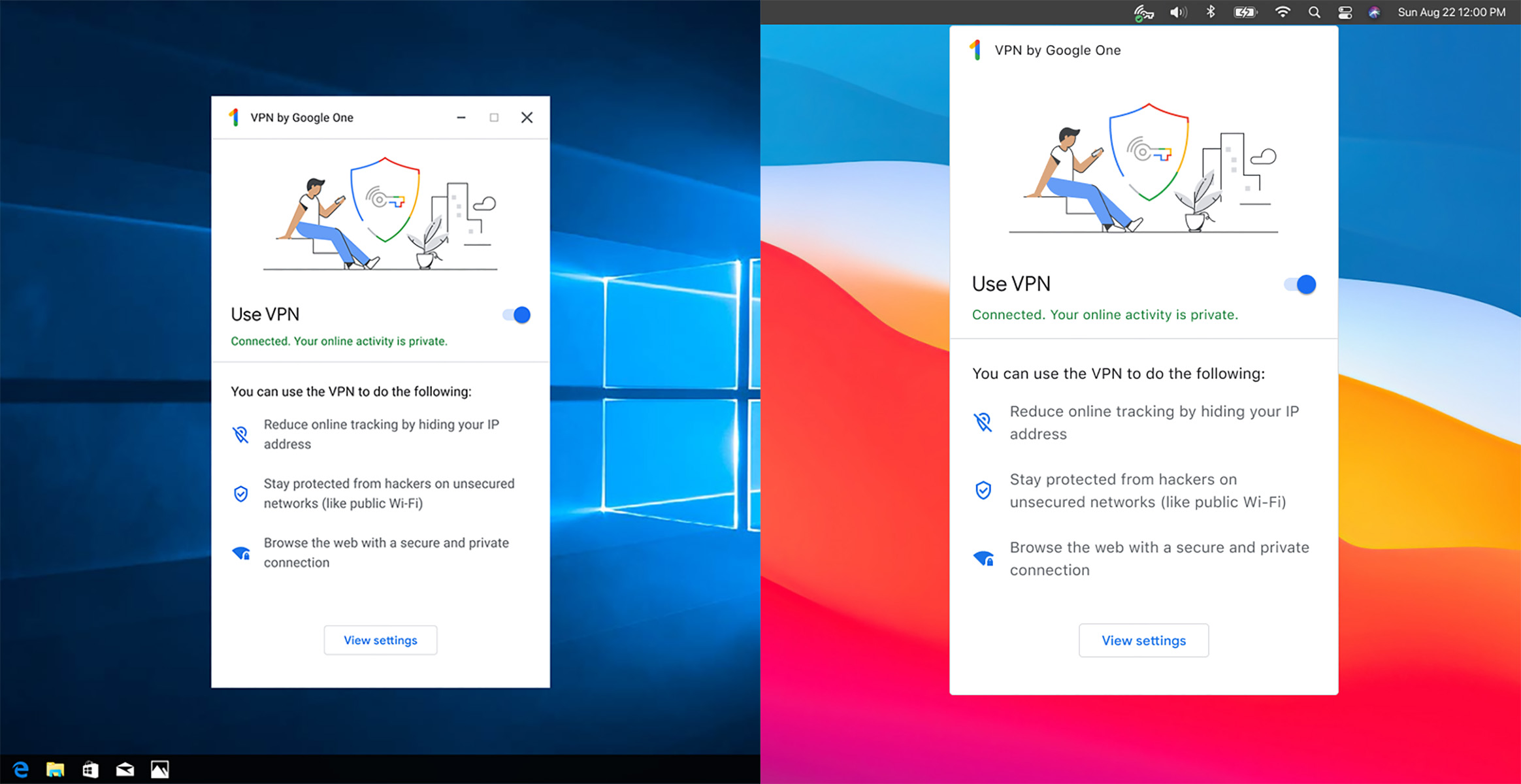 We’re waiting to get our hands on the app, but from the screenshots above it looks like a similar on/off switch gets the service up and running. There’s a “View Settings” button that we’d also like to take a look at.

Why is this (or any) VPN service so important? Like other VPN services, the point is to provide you with a secure and private connection when using the internet. Google claims this VPN offers “world-class security and encryption technology” to make your app, streaming, and browsing sessions safe from tracking and potential eavesdropping “by hackers.”

As I mentioned above, to get Google’s VPN service, you need a 2TB Google One plan, which costs $9.99 per month. Is Google’s VPN service something you should pay at least $9.99 for? It depends on how concerned you are about your internet connection from PC and phone. Because if you don’t need all the Google One storage, there are plenty of VPN services on the market that don’t cost $10. Many of them also offer multiple settings, for those who really need to be specific about their data connections.

But if you’re already paying for a high-level Google One account, you might as well grab the VPN app and start protecting your internet sessions.

You can download VPN from Google One apps here.