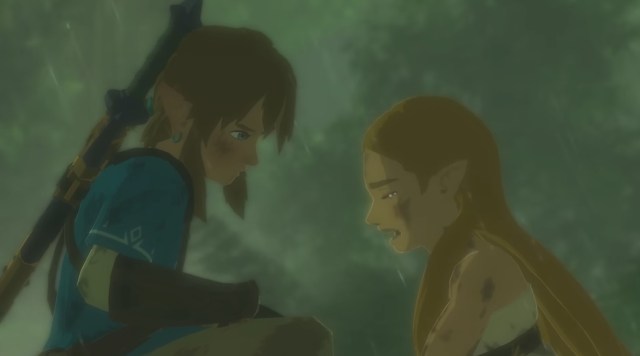 Respondents choose two casts of Nintendo characters they’d like to see get the anime treatment over Link and Zelda.

For as gigantic a Japanese pop cultural force as Nintendo is, it’s kind of strange that there’s so little in the way of anime adaptations of the company’s video games. It’s been decades since the anime and gaming industries in Japan began to mix freely, and you can find anime versions of popular gaming franchises from publishers including Namco, Sega, and Square Enix, but apart from Kirby anime tv series and the weird 1985 Super Mario Bros. anime film, made in Japan Nintendo-based animation is largely non-existent.

That means there’s a lot of pent-up demand for Nintendo anime, as shown by a recent poll by Japanese site Anime Anime. 1,609 participants were asked which console video game they would most like to see an anime adaptation of, and five of the top ten, including all of the top three, were Nintendo franchises.

The respondents (about 60 percent of whom were female, 55 percent 19 or younger, and 25 percent in their 20s) made Animal Crossing its number six, and coming in at fifth place was Fire Emblem: Three Housesthe newest mainline game in the Fire emblem series.

Surprising, The Legend of Zelda did not take the top spot. Despite the vast sea of ​​“anime Zelda” and “Zelda if it was made of Studio Ghibli” fan art projects that have been created over the years, Breath of the Wild only came in at number three in the ranking.

So what topped Zelda?

Coming in second place was Xenoblade Chroniclesor simply Xenoblade as it is known in Japan. It may seem like an unexpected disruption to the Monolith Soft-developed franchise, but it likely served the timing of the vote and the game’s genre. Xenoblade Chronicles 3 just came out last summer, which probably makes it fresher in the minds of survey respondents than 2017’s Breath of the Wildand a 13 or 26 episode anime TV series is still a much shorter time commitment than the 50 hours or so Xenoblade Chronicles 3as a full-on RPG, takes beating, and represents a pretty big time saver for those who just want to know what’s going on in the story and with the characters. Xenoblade Chronicles 3’s character/art design is much closer to popular anime aesthetic than Zelda’s probably gave it a few extra votes too.

… Splatoon. It’s kind of a surprise for such a relatively new Nintendo series to be the most sought after anime adaptation, especially one with such a heavy focus on the competitive multiplayer aspect. Splatoon however, has a single-player story mode as well, and the game’s extremely unique concept of anthropomorphized sea creatures fighting by hurling seas of colorful ink at each other, and how such a world would work, is something fans want to see explored in more detail.

Oddly enough Super Mario doesn’t show up in the rankings, but that’s probably because of Illumination Entertainment’s CG Super Mario Bros. movie coming in the spring.

Source: Anime Anime via Hachima Kiko
Top image: YouTube/Nintendo 公式ションタル
● Want to hear about SoraNews24’s latest articles as soon as they are published? Follow us on Facebook and Twitter!