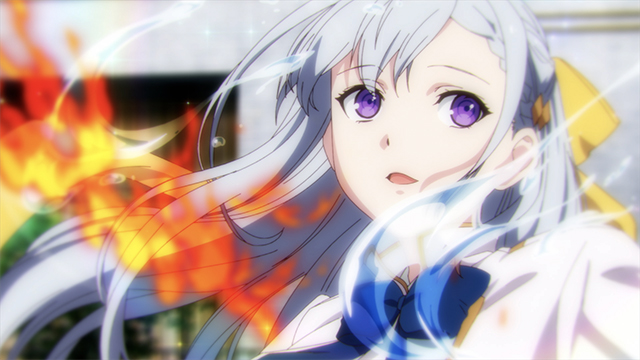 Today is the tenth day of the month, which means more details about what’s to come The magical revolution of the reincarnated princess and the brilliant young lady TV anime has been announced, with details of the ending theme song revealed along with a very short new trailer for the adaptation.

Sayaka Senbongi and Manaka Iwami debut together and perform the closing theme song “Only for you” in character as Anne-Sophia “Anisphia” Von Palletia and Euphyllia Magenta respectively. The full single will be released on 8 February and contains another song by the duo “Take your hand”.

The magical revolution of the reincarnated princess and the brilliant young lady The TV anime is set to be directed by Shingo Tamaki (Ahiru no Sora), with Wataru Watari (My Teen Romantic Comedy SNAFU creator) as serial composer and research fellow Ahiru no Sora character designer Naomi Ide in the same role for the new series. The animation will be produced at diomedéa. The series premieres in January 2023.

The original The magical revolution of the reincarnated princess and the brilliant young lady the story was published by Piero Karasu on Shosetsuka ni Naro web novel service before being picked up by Fujimi Shobo for publication, and getting Yuri Kisaragi as an illustrator. Yen Press releases both light novels and manga in English, and describes the series as such:

Despite her supposed ineptitude with ordinary magic, Princess Anisphia defies the aristocracy’s expectations by developing “magicology”, a unique theory of magic based on memories of her past life. One day she witnesses the brilliant noblewoman Euphyllia being unjustly stripped of her title as the kingdom’s next monarch. That’s when Anisphia hatches a plan to help Euphyllia regain her good name—which somehow involves them living together and researching magic! Little do these two ladies know, however, that their chance meeting will change not only their own future, but that of the kingdom…and the entire world!