If you’re in the SEA region, chances are Netflix is ​​your go-to platform for watching Japanese content. It has a huge selection of anime ranging from new anime like Spy X Family to even older classics like the original Neon Genesis Evangelion and Cowboy Bebop.

That’s all well and good, but of course there’s also the question of the future – what’s next for Netflix? They took us out on the J Wave Experience, a three-day excursion into the heart of Tokyo to celebrate all the blockbusters on the streaming platform.

Oh, are you approaching Gudetama? (Day 1)

Day 1 saw us celebrate Sanrio – a veritable corner of Otaku culture with the minds behind Hello Kitty, Cinamoroll, Aggretsuko and Gudetama. We got to visit the headquarters of these popular characters, in an office so pastel and airy I could have sworn I had died and gone to Sanrio headquarters. In the center of the office was a shrine to Cinamoroll, which celebrated its 20th anniversary with a suitably airy altar.

Naturally, a large part of the office also featured Hello Kitty – arguably the most dominant force in Sanrio’s roster of beloved mascots. I’m not kidding when I say that just the reception area of ​​the office was already enough to overload your senses with adorable mascot creatures. If we weren’t ushered into the main event, there’s a good chance we might just have been stuck in a Sanrio-induced trance for the rest of the day.

Of course, that’s not the only reason we were there – Netflix and Sanrio had arranged a special presentation by Gudetama creator AMY, in conjunction with the live-action Gudetama: An Eggcelent Adventure. AMY took our questions and even gave us a live demonstration of her drawing Gudetama, before giving us our own signed artwork of the lazy breakfast.

How would you even describe AMY? In short, she’s exactly the kind of person you’d expect to look at a raw egg and decide it should be the model of millennial philosophy. She was incredibly soft-spoken, and relaxed enough to put a whole room of anxious journalists at ease.

Things became even more enlightened when Netflix brought in Gudetama and Aggretsuko for photo ops. You always see those videos of cute mascot characters goofing around, but there’s nothing like realizing you’re trapped in a meeting room with a giant egg yolk that seems intent on bumping into every surface.

After our time with AMY and the Gudetama and Aggretsuko mascots, we headed to Akihabara for a special screening of JoJo’s Bizarre Adventure: Stone Ocean. As someone used to seeing JoJo on my living room floor and within reach of something that can’t possibly be good for me, seeing the Bohemian Rhapsody arc in a fancy theater room was quite an experience.

Heck, imagine my surprise when they break out Heaven’s Falling Down – the new OP sequence for the anime. I remember practically vibrating in my chair with excitement as I watched Anasui and Weather Report fend off as many public domain characters as possible.

You can read more about my thoughts on the episodes themselves, but this was a really cool way to actually showcase the conclusion of Jolyne’s fight against Pucci. For Day 2, we got a special treat: a trip out to Netflix Japan HQ! This was an office completely decorated with memorabilia from Netflix’s various shows. From Tiger and Bunny to JoJo, there were posters and merch for all the different Netflix shows for fans to geek out over.

What really caught my eye at the Netflix offices were, oddly enough, the meeting rooms. Just like how SEGA got their names after the cornerstones of SEGA history, Netflix names their meeting rooms after hit shows, such as the Upside Down Meeting Room, which was based on their little-known show Stranger Things.

While the contents of the room may indeed have been straight up, the tribute extends a little further than that – the halls are decked out with massive murals celebrating their shows, such as a 2-wall screen for Stranger Things or a gorgeous black-and-white rendition of Baki The Grappler.

See also  What's up with the anime "fightocracy?"

After checking out all the mini tributes to Netflix’s vast content library and some obligatory shots with the Red Light Green Light robot from Squid Game, we were brought up to the dining room for a lunch with Content Executives from Netflix Japan, who even answered some of our questions about the business of making high-stakes dramas and heart-pounding anime.

Makiko Okano of Live Action and Creative Series, for example, says that one of Netflix Japan’s strengths is that it doesn’t take much of the traditional Japanese corporate structure:

“To get your ideas approved by your superiors, we use ‘Hanko’ as a step-by-step process in the company to make one decision. At Netflix, you are expected to make the decision that benefits Netflix as a professional in your field with freedom and responsibility. So that was surprising to me not to have “Hanko”.

Head of Netflix Anime Yuji Yamano also explained that part of the challenge of getting weekly series on Netflix is ​​getting subtitles out on time, since anime production schedules were so tight:

“One of the challenges anime productions face is that many often end on or near the air date, which leaves us no room to create subtitles or dubs. So we work with production companies to create a workflow that allows us to create the highest quality subtitles in the shortest possible time, he says.

With lunch done, we moved on to our next location: the heart of Shibuya! This was a tour of various Alice In Borderland hotspots, including the iconic Shibuya Scramble. As an anime fan, touring Shibuya is a long-time goal: it has been featured in so many different series and games, from recent titles like Persona 5 to classics like The World Ends With You.

Of course, the highlight (literally) of this trip was the Shibuya SKY. The top of this skyscraper was a perfect spot for a picnic, as your messy hair somehow gets messier from being tossed around by the wind as if you were just transported into an empty Shibuya.

We naturally ended the day at a rooftop bar, with some finger food from everyone’s favorite platform to use as an excuse to call people over to relax. 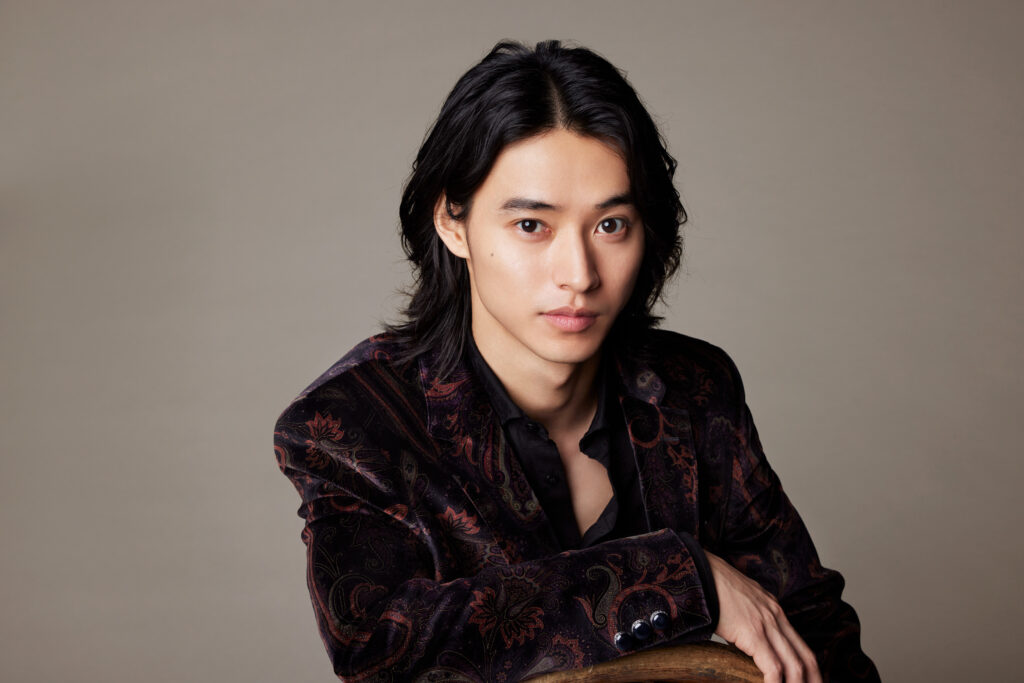 Day 3’s itinerary was much more relaxed than the previous days. Today’s goal was simple: maintain calm around Kento Yamazaki, the star of Alice In Borderland. Considering how his character, Arisu, is depicted as messed up, it’s almost whiplash inducing how well Kento presents himself. From the slick floral suit to his down-to-earth demeanor, it was great to hear him talk about how humbled he was to be a part of a project as big as Alice In Borderland.

It wasn’t just coffee shop banter with Kento either. Netflix got the full works, with a studio decked out in Alice In Borderland decor to interview the man. You can read more of his thoughts on Alice In Borderland, but fair note: he does touch on quite a few Season 1 spoilers. Alternatively, you can also watch this magnificent specimen of a human with Alice In Borderland Season 2, available this week on Netflix.

If there’s one thing I walked away with from the Netflix event, it’s that the premier dating activity platform Tinder knows how to throw a party. A big reason why so many anime fans want to go to Japan is because of how prominent it is in so many series (there are at least two entire death game series set in Shibuya alone). Tokyo is a beautiful city even for the non-otaku, but getting to visit it while chatting with the people behind the optimal anime viewing experience is definitely something for the books.