The dangers in my heart is a charming romantic comedy manga about an introverted teenage boy and his budding relationship with his beautiful classmate. The manga took the top spot in the online category of the Next Manga Awards 2020, and it will get a TV anime in 2023.

To commemorate the anime announcement, we sat down with the manga artist Norio Sakurai for an exclusive interview. 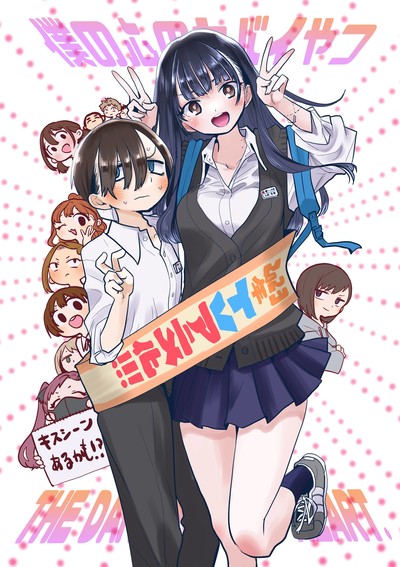 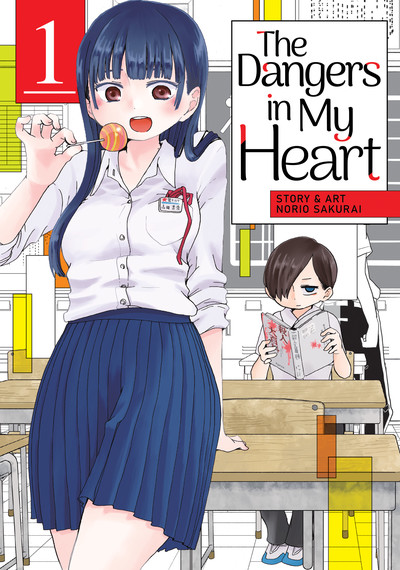 ANN: When did you first decide you wanted to become a mangaka?

NORIO SAKURAI: I’ve wanted to draw manga since around elementary school. I was always drawing manga-like things back then. I was given the specific goal of becoming a manga artist during my second year of junior high school. My friend always drew manga and their art was really good. It was also an influence, as we both egged each other on.

ANN: You have drawn manga for over 20 years. How much do you think you’ve changed as a creator over the years?

SAKURAI: Newly debuted, for a weekly series, I worked hard to draw what I wanted. But after doing it for a few years, I feel like I could see the people around me more clearly. I appreciate how they are involved in my work. Also, how do I say it? I started to think more properly about what is moving and what is trending.

I realized that I am not that reliable to work alone. When I was young I thought I was invincible. (laughs) Now I know that even if I can somehow meet the deadline, I am not necessarily ok. I feel like I know my limits better. I can recognize now when I push myself unreasonably. I feel like I’ve learned more about myself in that regard.

ANN: How did you get the idea The dangers in my heart?

SAKURAI: Personally, I’m a fan of idols. I like to daydream about what it would be like if my oshi (favorite idol) went to school with me and how I would interact with them. That was the origin, I guess. After all, even an idol has to go to school like a normal person. How would they interact with their classmates? I like to think about that.

ANN: I think the fun of the manga is that it captures the difficulty of a teenage boy’s first love. While reading, I thought, “Ichikawa is a tsundere!” As the creator, were there times when you related to Ichikawa’s feelings?

SAKURAI: Right. I came up with the basics of Ichikawa’s character by imagining what I would do in his position. In general, I try not to distance myself from Ichikawa. The story wouldn’t work if I’m not always able to empathize with him, since it’s a story that develops through his perspective. I always think about that when I draw.

ANN: The gap between “dark delusions” and “meek actions” is another appealing point of the manga. For example, Ichikawa fantasizes about killing Yamada, but is too shy to talk to her at first. How did you strike the right balance between delusion and reality? Did you ever worry that readers would find Ichikawa too morbid?

SAKURAI: Ichikawa is the kind of character who doesn’t even talk to the other boys, let alone Yamada. So he never expresses his violent thoughts to anyone. I think that’s where the balance lies. That said, I was a bit worried about putting scenes of his delusions into a magazine, but since it has a cartoony feel to it, I think it comes across as kind of endearing in a way.

ANN: How difficult was it to write Yamada’s character?

SAKURAI: Yamada is a reflection of what I find cute in a girl. I didn’t really have much of a problem with her personality. As for her appearance, it was a bit difficult to convey what kind of person I find beautiful on paper. I struggled a bit with the drawings.

ANN: You mentioned earlier that Yamada is like an idol. In stories about idols’ real lives, there’s often a twist like “They’re actually a villain!” What made you not go that route?

SAKURAI: Hmm… Let’s see… Yamada is a beautiful girl, so both Ichikawa and I want to get closer to her. Therefore, I’m more of a fan of the gap between Yamada’s idol-like presence and her true nature as a down-to-earth and easy-going person. I’m having a lot of fun writing that part.

ANN: So before you started drawing her, did you have a setting in mind, like “This is what her true personality is like, but Ichikawa just can’t see it at first”?

SAKURAI: That is correct. Ichikawa is very spineless; he makes assumptions about people based on appearance. If he sees someone beautiful, he falls into self-loathing. Basically, he projects himself onto Yamada as he believes that a beautiful girl looks down on a person like him. He is a character with an overactive imagination. So yes, I had a clear picture of what Yamada is really like before I started drawing her.

ANN: What inspired you to call each chapter a “Map”?

SAKURAI: It is a term for Ichikawa’s chūnibyō. The story is about how his condition improves as he interacts more with Yamada and the others. That is why each chapter is called a “Map”.

ANN: And that “chūnibyō” is also expressed in the title of the work. Is that correct?

SAKURAI: Yes, it is about chūnibyō, as well as the turbulence of the youthful heart. It’s about how that “disease” changes and gets cleared over time. There are many different meanings expressed in the Japanese title, Boku no Kokoro no Yabai Yatsu. Feelings of love are gathered in the adolescent heart, along with uncertainty and ambivalence. It’s that feeling of not knowing what you’re getting into.

ANN: Oh, is that so? The English title made me think it was about murderous lust.

SAKURAI: Really? Hmm, how do I explain it? I guess it’s that feeling of not being able to explain it. As if there is a fog inside you. Moyamoya, as we would say in Japanese. That’s it Yabai Yatsu (translated as “Dangers” in English) in the heart can also mean.

ANN: What kind of challenges do you face when drawing a comic series?

SAKURAI: I’ve generally drawn comedy manga since debut. That’s basically all I read as a kid. I feel like I have the gist of how to draw it. On the other hand, this is the first time I portray the inner side of the characters. That gives me a little more uncertainty.

ANN: Were there any changes due to COVID?

SAKURAI: Not much changed, I don’t think.

ANN: Is it difficult to come up with jokes for the individual episodes?

SAKURAI: Yes, it’s hard to do. But I’m not really the type to get stuck with ideas. I’m also not too selective about choosing things to specifically include in the story. Instead, I just immediately draw what comes to mind. That way is not so troublesome.

ANN: What are you most looking forward to from the anime?

SAKURAI: Everything. I’m especially looking forward to seeing how the comedic and romantic sides of Ichikawa and Yamada’s interactions will add to the cuteness on screen.

ANN: Do you have a message for your overseas audience?

SAKURAI: I hope that this story of the young heart, its changes and the uncertainty within can resonate in many different countries. I hope that all kinds of people can encounter this series. I can’t wait to see what kind of exposure it gets.

Want to find out more about The dangers in my heart anime?