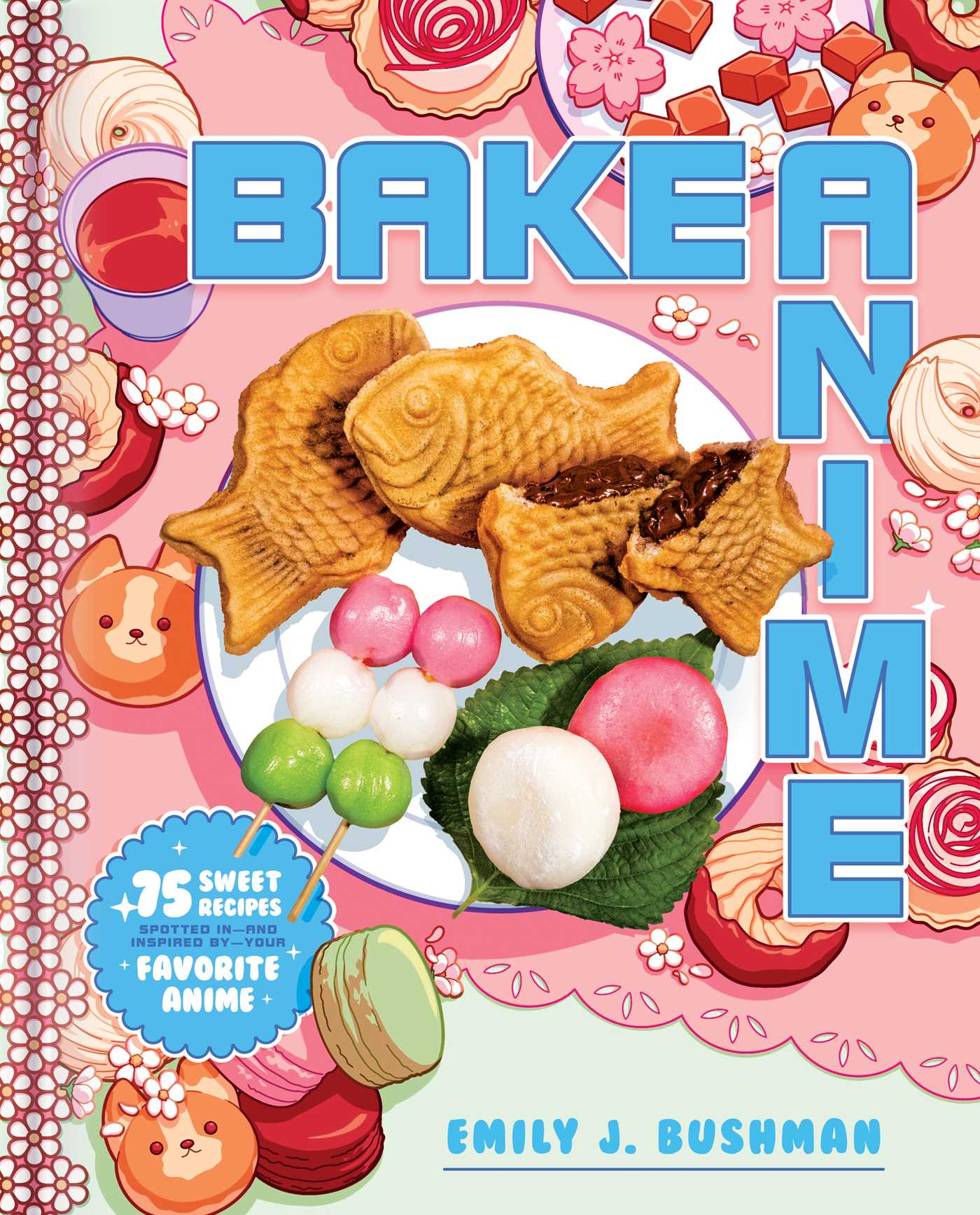 If you’ve ever thought some food in an anime looked particularly good, you’re not the only one. BEHIND THE ANIME, written by Emily J. Bushman and published by Simon & Schuster, is looking to help you make your own anime baked goods. Bushman talked to Otaku USA about how her interest in baking and anime came together, how she created the different recipes, and whether she shares her anime-inspired food in Japan.

How did your interest in baking and anime originally combine?

When I was in college I had a friend, Miles Thomas Atherton, who convinced me to try food blogging. We talked about our summer plans and I admitted that I felt like I needed a project and was thinking of doing something along the lines of Julie and Julia—I wanted to cook my way through all the food I saw in anime and manga and document my journey.

I have always loved to cook. My mother and grandmother taught me all their tips and tricks, and knowing how fun and satisfying cooking could be, it sent chills down my spine to see how all my friends ate in college (I distinctly remember my friends joking about their “junk meals”, where they put everything in the fridge on a plate with some cooked instant ramen (just the noodles, no soup) and went to town). I wanted to inspire my friends to try cooking a little more themselves, and thought the best way to do that would be through our shared interest in anime.

I expressed my hesitation to Miles – it seemed such a big undertaking – but he talked me into going for it. “It’s a niche that should be filled!” He confessed, and he was right. I found my audience and from there the rest is history.

Do you want to try different versions of the recipes in BEHIND THE ANIME to see what worked best?

See also  10 Ways Stranger Things would be better as anime

Trying out different versions of recipes in BEHIND THE ANIME was both the best and worst thing about this cookbook. Some recipes, like ichigo daifuku, were fairly simple and did not require much testing. Other recipes, like the cake recipe I have for it Spirited Away cake, was tested as many as 10 times until I could get the results I was looking for. There are some recipes that never made it past the testing. I wanted to make a candy recipe for the Japanese sweet, conpeito, and tried so hard to make them at home. Alas, this proved futile. Some things are better left to factory machines.

It was fun doing all this testing – I really got to practice these recipes and figure out the kinks, which made me happy. Ultimately, I wanted the best experience for the reader and the home baker, and I was happy to perfect these recipes. On the other hand, after your fifth failed cake, you get a little worn out! I was happy when most of the testing was over and I could focus on writing and photography. 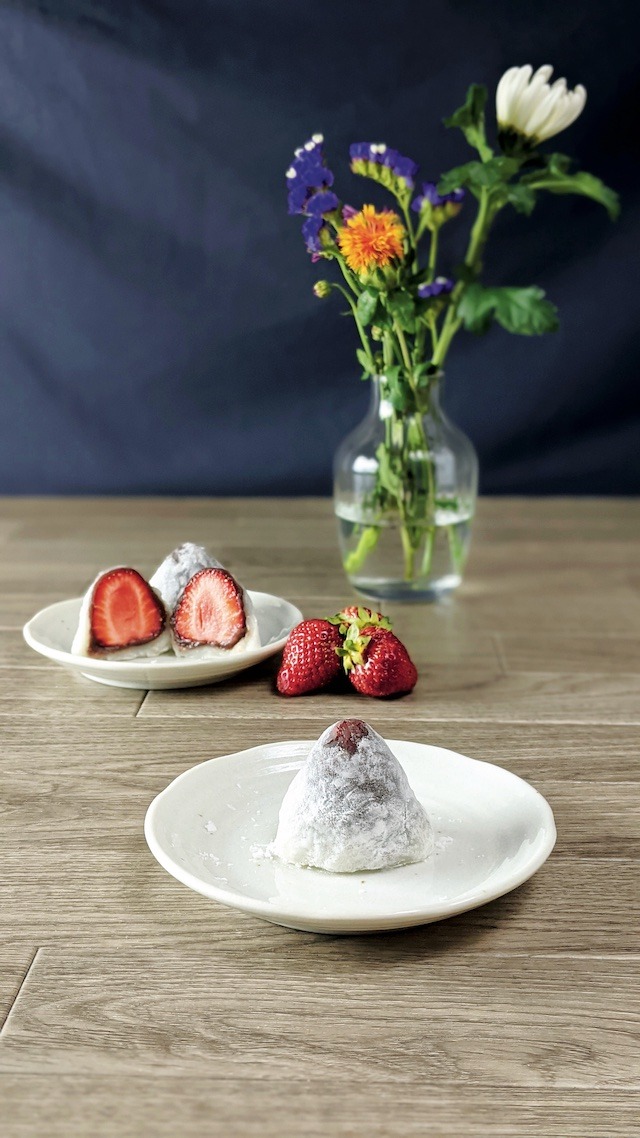 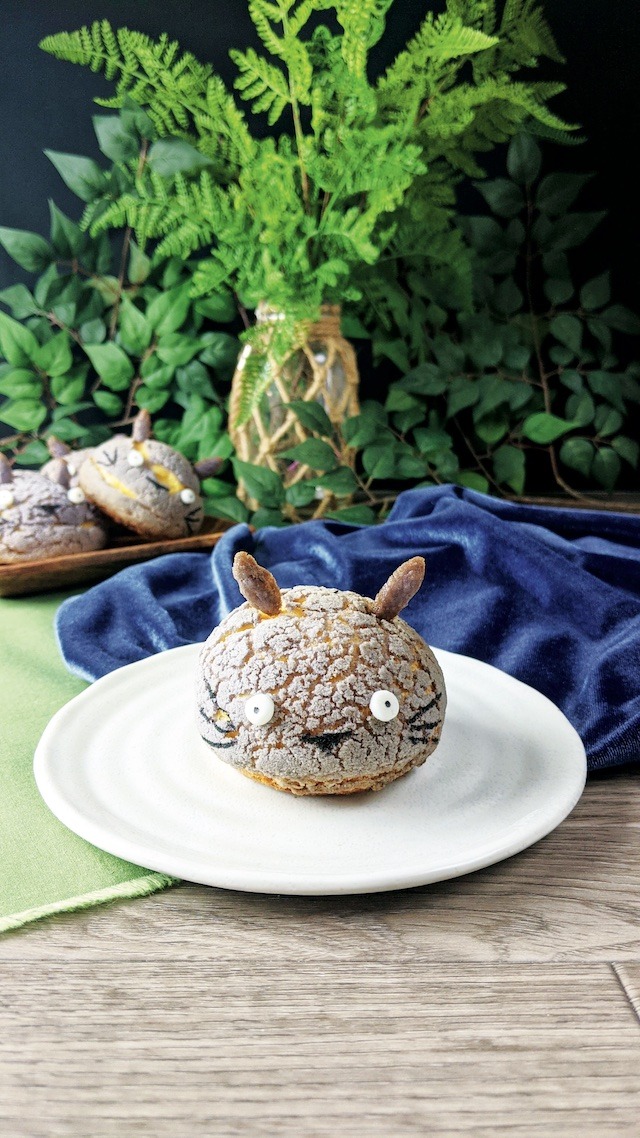 How did you decide which anime desserts to include?

This was actually not as difficult as one would think. I started by making a list of all the anime desserts I could find, and then I had to cross-check that none of them appeared in any of Simon & Schuster’s other anime-based cookbooks. From there, I narrowed my list down to the best, most comprehensive recipes. Surprisingly, compared to savory food, there aren’t that many desserts, so I didn’t have much to cut.

From there it was all about organization. When people think of Japanese food, they don’t think of Strawberry Shortcake, but in fact, many Western desserts are a big part of the culture in Japan. An anime cookbook without these desserts would be criminal, so I wanted to structure the book in a way that made sense to readers and would explain why they looked at some recipes for things like thumbprint jam cakes and macaroons. That’s why I divided the book into Japanese desserts (wagashi and day ash) and Western desserts (yogashi).

That still left a crucial area of ​​anime desserts, which I think most people love more than anything else: desserts that look like or give a visual impression of anime or anime characters. So, the last part of the book is really about celebrating the transition of Japanese and Western influences to create desserts that are really, really sweet, fun to make and tasty to eat. These desserts were chosen based on what I see trending here in the Japanese sweets scene, as well as what people are cooking on online sites like TikTok. Also, of course, popular desserts in America. I enjoyed taking the trendy desserts and injecting some anime influence!

In your anime-inspired dessert section, you’ll have things like Forest-Keeper Apple Cream Puffs (which look like Totoro heads) and Checkered Battenberg Cake (patterned by Demon SlaughterTanjiro’s coat). How did you come up with these clever ideas?

Well, the names must be attributed to my wonderful editor Natasha Yglesias, one of the wonderful people who helped bring this book to life. We were looking for neutral names that would describe the character we were going for and she came up with them all. My favorite is the Pocket Monster Roll Cake.

As for the ideas themselves, this really came down to my desire to show readers anime. Japanese desserts give off a nice “Japan” feel, but I knew the western dessert section would be a little weird for anyone who didn’t read my explanations at the beginning of each section. I wanted a final chapter that both combined these two influences, as many chefs already do in Japan, and also gave people a really wonderful image of anime.

This was my favorite part to make – I love making anime-inspired desserts, so it was up to me to take influences from anime and spin them into something tasty and delicious. I love being creative; with Forest-Keeper Apple Cream Puffs, for example, I was just trying to imagine what flavors Totoro, the inspiration for this recipe, would enjoy? Hence the apple cream filling. The Battenberg cake with Tanjiro’s colors was another inspired idea. I saw the Battenberg cake on The Great British Bake Off and was struck by how geometric and gorgeous some of the designs were, much like the fabric of kimonos. So, when I tried to think of a way to bring Demon Slaughter for food, Tanjiro’s iconic coat stood out and I knew I had to turn it into a cake. 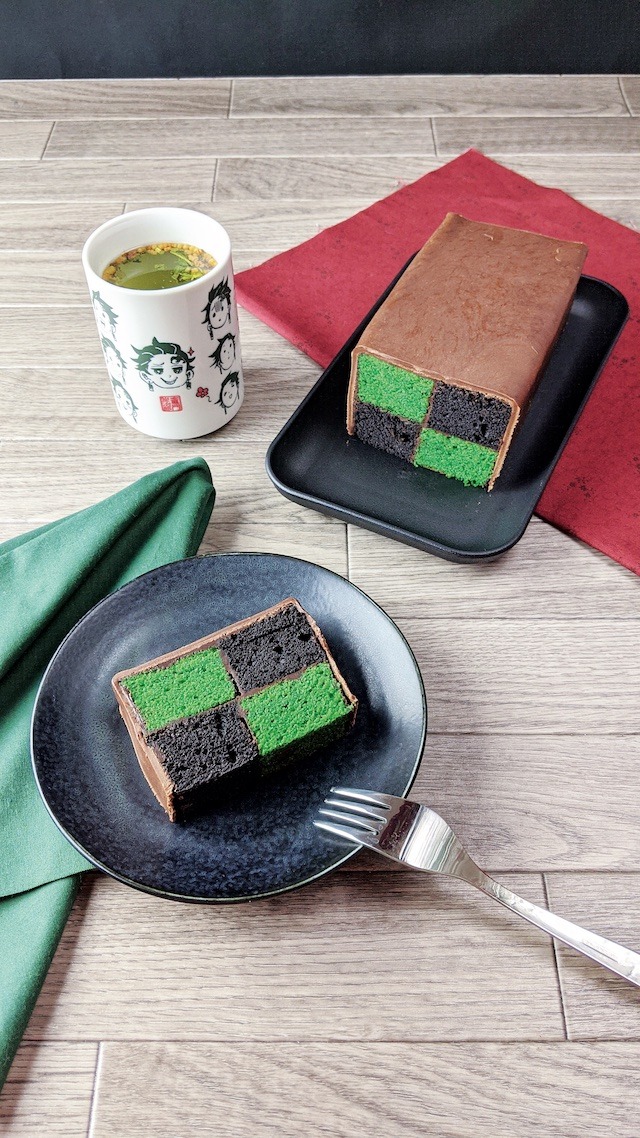 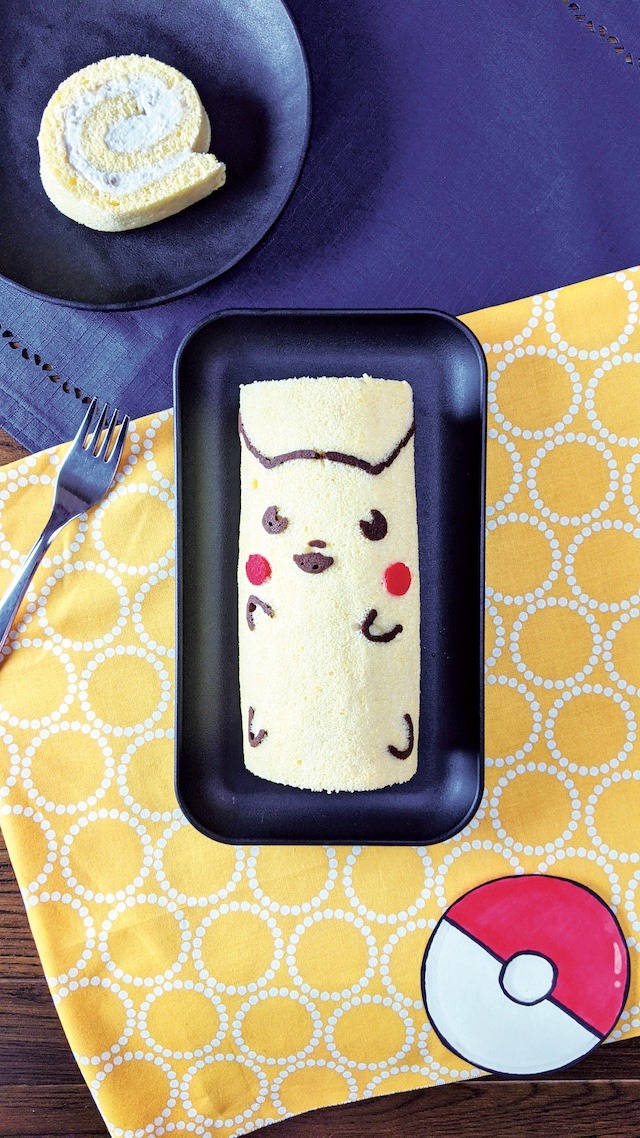 You currently live in Japan. Do you share your anime-inspired desserts there, and if you do, what’s the reaction?

I do! I work at a school here, and my partner at the time worked at a language school, so we both forced our colleagues to take desserts from our hands. It was great! Tons of positive reviews from everyone, but the more decorated desserts always went down incredibly well. Many people here recognize the characters, so they love seeing them in desserts in ways they wouldn’t normally see them.

Home baking is also somewhat rare here in Japan as most people don’t have an oven, so I have always valued my baked goods. People are always very impressed when you bring a well-made, beautiful treat, but that’s especially rare in Japan, so I always got some enthusiastic recipients for my sweets.

Danica Davidson is the best-selling author Manga art for beginners with artist Melanie Westin, plus the sequel, Manga art for everyoneand the first of its kind manga chalk book Chalk Art Manga, both illustrated by professional Japanese mangaka Rena Saiya. Check out her other comics and books at www.danicadavidson.com.