The Dragon Ball series is as fresh as ever, for fans who just want to keep up with new releases from the beloved series that started in 1986. It can be considered one of the most successful anime series of all time, worldwide, and the newest movie. Dragon Ball Super: Super Hero was a smash hit at the box office.

From the 1980s to now, the franchise has released several anime series and movies, but the 2013 movie started the wave of the latest batch of content to influence Dragon Ball. It’s action-packed, yes, but there are also countless moments of real heart and emotion, and even a little romance. In this brave new era for the series, the movies play a bigger role in establishing the lore. There is a lot to take in. If fans want to watch the most important moments from the entire series in the most efficient and least confusing order, here’s how to do it. We start from the original series and beyond.

Note that this is not an exhaustive list of every Dragon Ball episode and movie (many non-canon movies will be left out).

The first anime to watch to catch current releases introduces and closely follows the story of Son Goku, a martial arts enthusiast. Dragon Ball is about the unique, powerful young boy, who was born with a monkey tail, and goes on one adventure after another. Viewers watch him grow through childhood, into his teens and finally into adulthood. Along the way, he struggles to further his training, search for the legendary wish-granting orbs, and ultimately defend Earth from villains who seek to harm the innocent. Akira Toriyama’s Dragon Ball manga seems inspired by the Chinese novel Journey to The West.

The novel’s Monkey King and Dragon Ball’s Son Goku both set out on their own quests for power and guidance, while wielding a tail and staff for battle. Besides adventure and action, Dragon Ball is popular for its consistently quirky comedy and characters. Goku is known for his kind heart, large appetite, and endless drive to fight the strongest people around: just to fight himself, not to kill. His adventures take him, his friends and even his enemies through action-packed and comedic sequences, a ride that anime fans will return to again and again.

Dragon Ball Z, from 1989, is usually the starting point for those Dragon Ball fans looking for nostalgia, or just some of the series’ most iconic moments. While viewers starting from the second anime series won’t be familiar with the cast surrounding Goku, it’s still an appropriate starting point. Unlike the first series, Goku is an adult from the start here, and the planet Earth is threatened from the very first episode. The stakes that the (almost) unstoppable Goku and his allies fight for are greater than in Dragon Ball, and the action extends the adventure aspect to different planets and even other planes of existence.

Transformation and training become important storytelling devices, added wrinkles that have kept the franchise popular. Spanning nearly 300 episodes, the show’s massive fight sequences, well-designed villains, and extraordinary powers help establish the franchise as one of the most gripping and spectacular in anime. Goku’s origin, his family, and his way of dealing with life-ending threats one after another are the main focuses of the Dragon Ball Z series.

Dragon Ball Kai exists as an alternate, revised take on the manga content that Dragon Ball Z adapts. In 167 episodesthe anime has updated graphics and re-recorded voice lines, and it cuts content that was just anime-exclusive in Dragon Ball Z.

Before diving into Dragon Ball Z, you might want to start with Dragon Ball Z: Dead Zone, which takes place a year before the series. An anime follow-up to this film in Dragon Ball Z features the same villain from the film, Garlic, Jr. Next comes 1991’s Dragon Ball Z: Cooler’s Revenge, which can be seen right after the Frieza saga because the confrontation features Frieza’s brother.

The Cell Saga can be followed up with the movie Dragon Ball Z: Bojack Unbound because it doesn’t contradict the series’ timeline either, even if the movie isn’t quite canon. The case is the same with Dragon Ball Z: Wrath of the Dragon. It takes place right after the end of Dragon Ball Z and features a famous special technique by Goku, although the film is not strictly canon.

In 2008, Yo! Son Goku and his friends are coming back!!! was a short film released as canon, due to a new character actually being recognized in Dragon Ball Super. The short can be watched after watching Dragon Ball Z: Wrath of the Dragon.

RELATED: Dragon Ball: All of Goku’s Forms, Ranked by Strength

The trinity of anime is completed with 2015’s Dragon Ball Super. After Dragon Ball Z ended in 1996, the legendary franchise returned almost 20 years later for a new era. Dragon Ball Super builds on Dragon Ball Z directly after a six month time jump. The storytelling is somewhat more laid back, like Dragon Ball, although of course the power system continues from Dragon Ball Z. While more lore and epic battles are introduced, this third series focuses mostly on character development and relationships.

Fans enjoy delving deeper into what motivates the cast, and the plot explores different approaches to fighting an opponent or achieving goals. Diversity and authenticity are embraced not only by Son Goku himself, but by the characters he meets and with whom he has already grown (the also formidable Vegeta among them). One of the biggest differences with Dragon Ball Super is the fact that the 2015 anime is being released alongside the manga, rather than being directly adapted from the manga source material. The two are separate entities in that way, even though they represent the same era of the franchise.

Dragon Ball Z: Battle of Gods, available on Apple TV, Google Play and the Microsoft Store, laid the foundation for the story of 2015’s Dragon Ball Super anime. With a lack of canon material for the franchise since 1996, this film focuses on character interaction and keeping the feel of Dragon Ball Z and beyond with its fight choreography. The story and plot of this film remains the center of much discourse during the current resurgence of Dragon Ball.

Then Dragon Ball Z: Resurrection of F should be seen right after the first season of the show. Viewers will do some double-dipping in the process, because the iconic Golden Frieza Saga is the anime, episodic version of the latter film. After watching all of Dragon Ball Super, the spotlight is on the latest movies that will perfectly round out any Dragon Ball viewing experience (while avoiding non-canon experiences).

RELATED: Dragon Ball: The Breakers – How to Play with Friends

A total of 575 anime episodes later, we complete our journey through the essential Dragon Ball content with a focus on another medium: movies. The following viewing order centers on two films that are closely related to and influence Dragon Ball Super, helping to tie things up afterward. 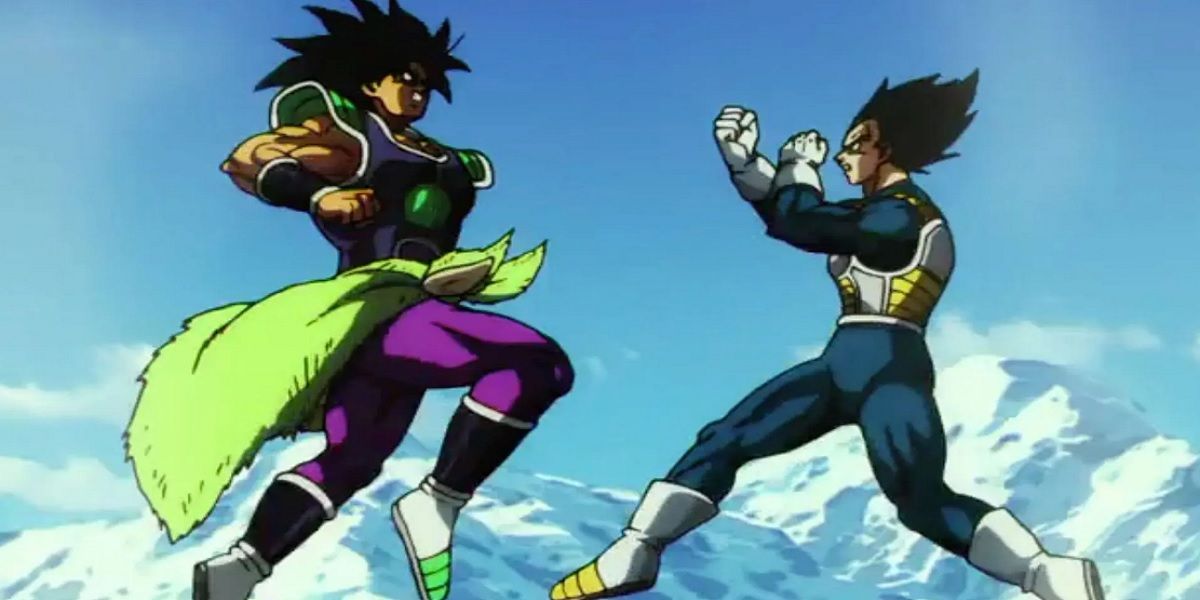 NEXT: Best Dragon Ball Movies You Should Definitely Watch