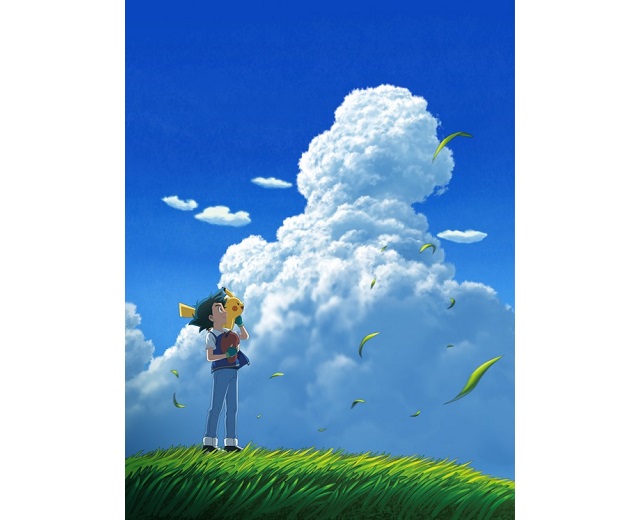 “The final chapter of Ash and Pikachu’s story” begins, and after it’s done, the Pokémon anime gets two new main characters.

If there was ever any idea of ​​having a main character Satoshi/Ash age in real time within Pokémon anime, it’s safe to say the writers gave up on it a long time ago. The aspiring Pokémon champion left home at the age of 10 then Pokémon anime started back in 1997 and he is still officially 10 years old in the series that is airing now called Pokemon journeys abroad and only Pocket monsters in Japan.

But last month, 10-year-old Satoshi finally achieved the goal he’s been chasing for 25 years by winning the Pokémon World Championship. It was an emotional moment, but when the tension subsided, fans couldn’t help but wonder if this also meant that Satoshi’s journey was coming to an end, and a series of announcements from the Pokémon anime producers confirm that it is indeed the case.

#アニポケ Special episode of the series

First came the announcement on Friday a special episode “commemorating the path that Satoshi and Pikachu have walked for 25 years.” Title Pocket Monsters-The Distant Blue Skythe episode will air on December 23 on TV Tokyo, and to animate it, the producers assembled a team of artists who worked on the 1997 original Pokémon anime.

1997 Production of the anime “Pokémon Monster”

The revelation was quickly followed by another announcement by another new bow Pocket monsters anime, called Pocket Monsters-Mezase Pokémon Master, starting on January 13. “Now that you’re a master, how close have you come to becoming a Pokémon master?” Satoshi is asked in the video preview below, which also promises the return of Sato’s original traveling companions Kasumi/Misty and Takeshi/Brock. But the more impactful words come when the narrator says that this will be “The final chapter of Satoshi and Pikachu’s story.”

And then there’s the real kicker, a statement posted on the Pokemon anime’s official website, in both English and Japanese, that says:

To all fans of the Pokémon TV animated series

In April 1997, Ash and his Pikachu jumped out of Pallet Town and went on a journey and met many Pokémon, many people, made new friends and went on to another town – they continued on.

Fortunately, we’ve been able to see the adventure and growth of Ash and his Pikachu up until today, and it’s all thanks to all of you, the supporting fans. We would like to express our sincere gratitude.

From January 2023, “Pokémon: Mezase Pokémon Master” will start which will give one answer to the long-standing question of what is the “Pokémon Master” that Ash has been striving to become.

And from April 2023, a new series of Pokémon TV animations will start with new protagonists, Liko and Roy. In the new Pokemon TV animated series, the camera will follow the adventures of the duo.

It was not easy to decide how and when to share this news. We decided that today is the day when we brought you the story of Ash and Goh coming to a conclusion.

Our entire staff will continue to work hard to bring you Pokemon animation filled with dreams and adventures. Please look forward to the future development of the “Pokémon” animated series.

And sure enough, there’s already a teaser trailer for the “new series” Pocket monsterdebuted in April 2023, shows new main characters Liko and Roybut neither Satoshi nor Pikachu.

An eventual change to the Poké guard was in many ways inevitable. Although Pokémon anime characters do not appear in Pokémon video games, the two branches of the franchise progress more or less in unison. Each time a new main line Pokémon comes out, Satoshi makes his way to a new region and encounters the new Pocket Monsters species featured in the game. But now that he is a full-fledged Pokémon champion, there’s not going to be much drama from him trying to catch Sprigatito, Fuecoco, and Quaxly, the starter Pokemon from the recently released Pokemon Scarlet and Violets Paldea region, next stop at Pokémon anime’s itinerary. There is no longer any higher level of Pokémon Trainer achievement for Satoshi to chase, and if he can’t move up any further, it’s probably necessary for narrative purposes for him to step aside.

See also  10 Anime Characters Who Are Afraid Of Ghosts

Beyond the story there is also the fact that Satoshi and Pikachu’s Japanese-language voice actresses, Rika Matsumoto and Ikue Otani, both now in their 50s. Having worked on a weekly TV series that has aired more or less year-round for the past quarter-century, they may need a break, but with their voices now so strongly tied to the characters, long-term reworking would be especially difficult, though the anime’s writers had appropriate challenges for Satoshi and Pikachu to continue to face.

But while it makes sense for Satoshi and Pikachu’s on-screen journey to come to an end, it’s still a bittersweet moment for fans who grew up with, and maybe even watched their own children grow up with, Pokémon anime’s main character couple. Fortunately, Satoshi is given time for a resolution where he can look back on everything that has happened in the last 25 years and find what he can take from these experiences and appreciate for the rest of his life, which the fans will likely do as well. over the next few months.