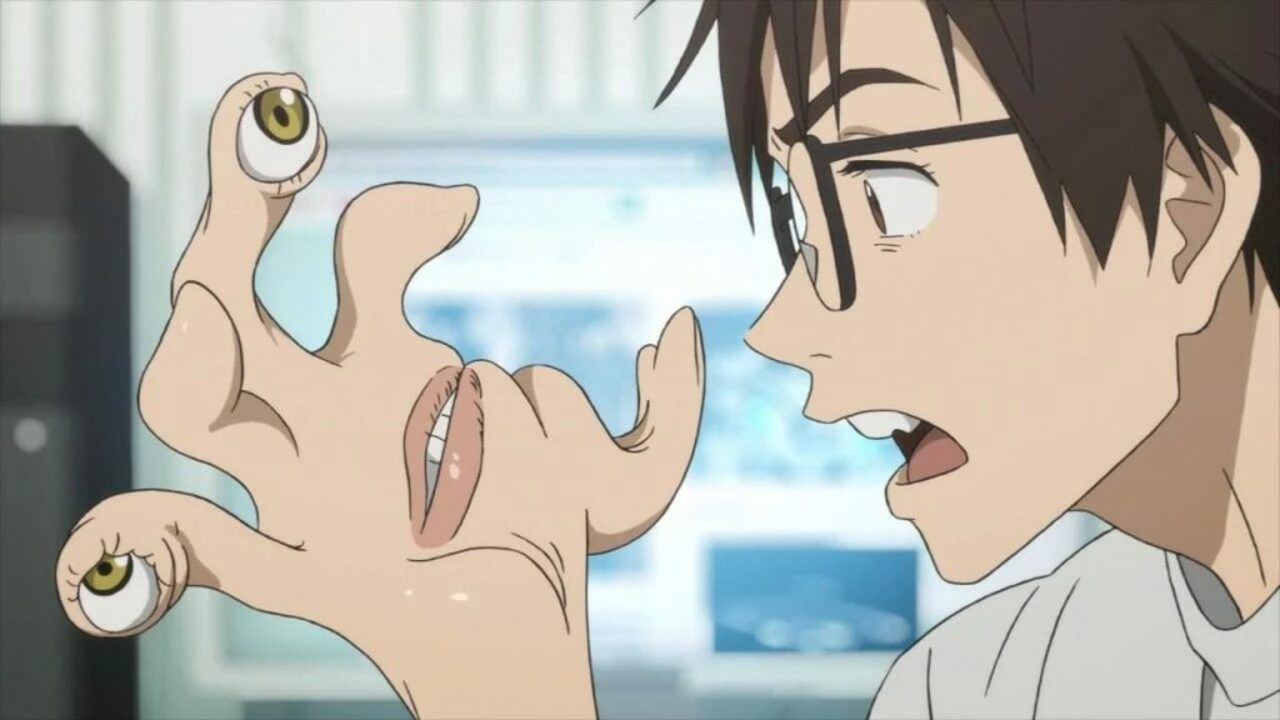 What better way to start yours anime sci-fi travel than with stories about aliens? Over the decades, more and more exciting anime has been released, focusing on the extraterrestrial. Everything from comedy, to action and even alien romance, there are no limits to the way extraterrestrial anime stories are presented.

Here is a fun ranking of 10 of the best anime that centers around an external life force that has gained a kind of contact with human life.

This anime became popular because of its unique and bizarre characters. It uses comedy, action and fan service to help the story, which means that its dedicated fanbase is always stuck to see what happens next. Kill La Kill follows Ryuko Matoi, a brand new scissor-sword-swinging student at Honnoji Academy – a school that became known for its oppressive and powerful student council, which has special uniforms that give them strength. Ryuko, who is on a journey to find his father’s killer, gets help from his own sentient uniform and challenges the student council and shakes up the school in the process. In this exciting anime, the special uniforms are made of an alien life form called Life Fibers.

For romance lovers, To love Ru is a fun mix of comedy, drama and romance, with a whole lot of fan service as well. The story follows Rito Yuuki, an ordinary middle school boy who cannot confess his feelings to his lover, Haruna. Rito’s life is suddenly thrown into chaos when he returns home and an alien girl suddenly appears in his bathroom. Her name is Lala, and she went to earth because her father, the king of the planet Deviluke, has set up an arranged marriage for her. With nowhere else to go, she clings to Rito, and begins to fall hopelessly in love with him.

This anime series from 1995 mixes comedy and space opera, and does it very well. The story is about the middle school student Tenchi Masaki who spends the summer holidays taking care of the family’s sanctuary. His routine is eventually destroyed when a spaceship descends from the sky and out of it, alien women appear. They all seem to become attached to Tenchi fairly quickly and begin to fight for his love, while fighting against galactic forces that threaten the earth.

The space action anime from 2014 focuses on the life of Dandy, a fashion-loving astronaut. For every new alien species Dandy discovers, he receives a great reward. He has a robot called QT, and Meow – an alien that looks like a cat – as sidekicks. All three go on an intergalactic journey to discover new alien species, while making sure they always look so damn good.

Outlaw Star is an anime series from 1998 that takes place in space and leads the main characters on a journey in search of treasures. The tough guy Gene Starwind and his partner Jim Hawkins get a strange job offer from a mysterious woman named Hilda. They are asked to find a large treasure chest called the Galactic Leyline that can give them ultimate power. The Outlaw Star crew embarks on a journey to complete the mission and possibly gain power over their imagination. However, the journey turns out to be quite difficult as enemy forces give them a difficult time.

One of the more popular series on this list, One Punch Man follows the turn of the melancholy superhero Saitama. As the title suggests, our main character is so powerful that all it takes to defeat opponents is a single blow. As he wandered around his worldly city in the hope that a worthy enemy would eventually appear, Saitama became quite upset. Fulfilling his childhood dream of becoming omnipotent, and even losing all his hair due to excessive training, no longer excites him. One Punch Man has been hailed by fans by taking a simple plotline and concretizing it in a variety of fun and entertaining ways.

See also  Chainsaw producer promises that anime will be uncensored

Gantz gives viewers a new perspective on what happens after death. Kei Kurono and his friend die in a train accident and wake up in a dimension between life and the afterlife. They were resurrected by a black sphere called Gantz and are forced to participate in a game where they hunt and kill alien criminals. If they die during the missions, their souls will disappear. In this exciting anime series, Kei must survive to the end to see what their rewards can be.

Parasite is a horror anime that opens the door to hidden identities and gruesome deaths in a world where everything seems relatively normal. Seventeen-year-old Shinichi Izumi encounters a strange form of life that consumes people and takes over their brains. When a parasite unsuccessfully tries to take over Shinichi, it ends up living in his right hand. Now the teenager and the alien monster must learn to coexist with each other, while Shinichi fights to protect his loved ones from other parasites.

Without a doubt one of the funniest anime in history, Gintama is an exciting anime to get acquainted with, regardless of the hundreds of episodes it has. In this fun series, aliens have taken over Japan, and this puts our leading samurai Gintoki out of work. They form a band with his assistant Shinpachi and an extraterrestrial girl Kagura, and take on various jobs across Japan to make ends meet. Along the way, the bizarre and eccentric trio meet a number of strange characters.

Honored as one of the greatest shounen anime classics, and one of the most popular anime releases ever, Dragon Ball Z has received endless praise for pushing anime into the mainstream media. The sequel to the acclaimed Dragon Ball series, Dragon Ball Z continues the story of the alien Son Goku and his relationship with the rest of the world, and his other Saiyans. As Earth meets enemy after enemy, Goku and his allies must continually ascend to the plate and protect the planet while building their own family.